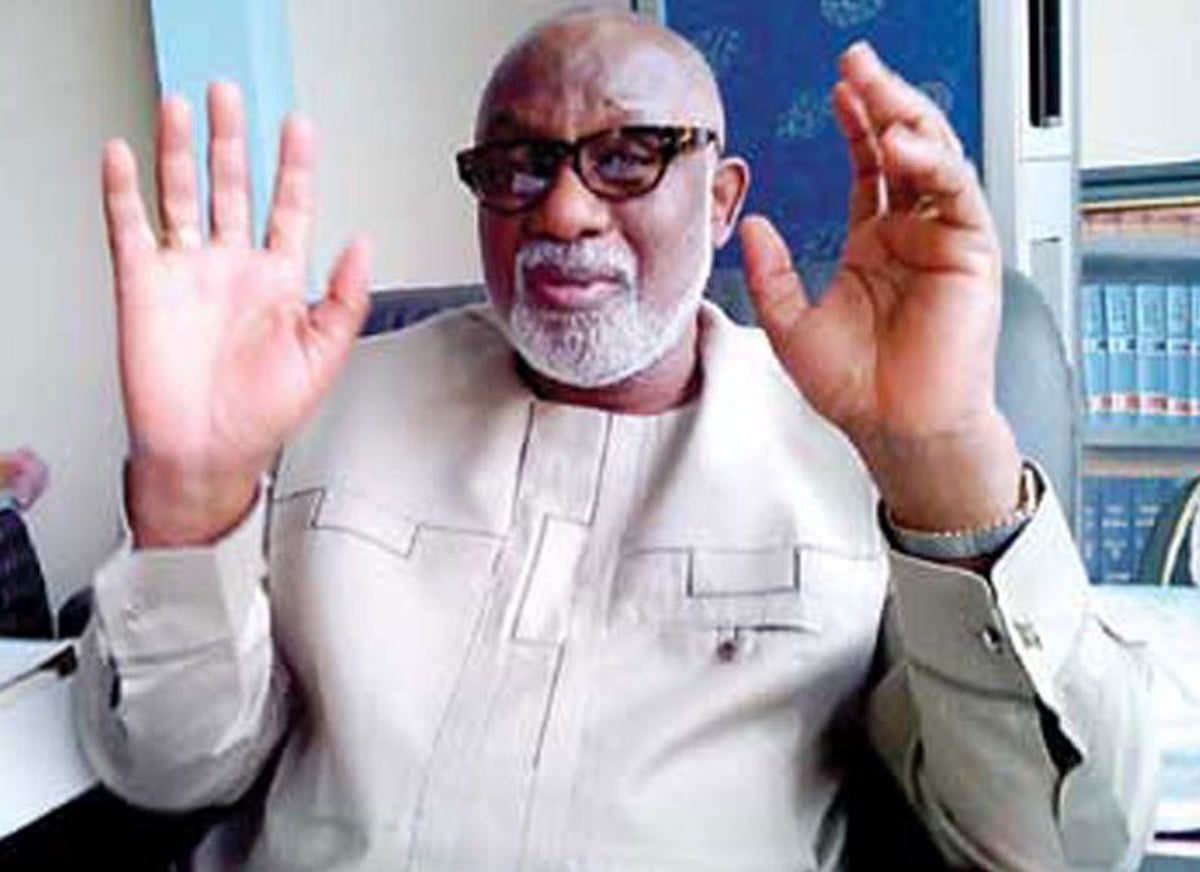 The Chairman, League of Imams and Alfas in Ondo state and the Chief Imam of Owo Kingdom, Alhaji (Dr) Ahmad Usman Aladesawe has commended the efforts of Governor Oluwarotimi Akeredolu and his cabinet members to keep the residents of the state safe amidst the current pandemic.
Alhaji Aladesawe, while receiving the Governor’s Special Task Force Team led by the Commissioner for Health, Dr Wahab Adegbenro, at the Owo Central Mosque on Friday acknowledged that if not for the efforts of the state governor, many people would have died of the pandemic.
The Task Force visited the mosque as part of monitoring exercise to ensure that all government and health directives established to contain the novel coronavirus were adhered to across mosques in Owo/Ose Local Government Area
“The government is trying. If not for government’s effort, many of us would have died. Coronavirus has no cure but the government is doing all it can to contain it.
“Government said we should not shake hands, we should use hand sanitisers, wash our hands clean and maintain social distancing; this is why we are still here.
“Akeredolu is a good person, a God chosen Governor. He is for both Muslims and Christians; he is fair to both religions. His administration will be successful and he will continue to pilot the affairs of this state successfully for eight years”, the Chief Imam said.
The leader of Muslim clerics in Ondo state pledged the support of all Muslims in the state for Arakunrin Akeredolu, admonishing Muslim and Christian faithful to give unwavering support to the government in containing COVID-19.
“So we need to complement the effort of government. We have been telling people, both in the mosques and the churches to do what the government has directed for our own benefits.
“We Muslims are doing as directed. We are doing what the government said we should do. We are ready to cooperate with government and with one another in containing the virus.
He commended Alhaji Adegbenro and the Special Adviser to the Governor on Security Matters, Alhaji Jimoh Dojumo as well as other Muslims in Akeredolu’s cabinet for their efforts to ensure Ondo state is safe and developing.