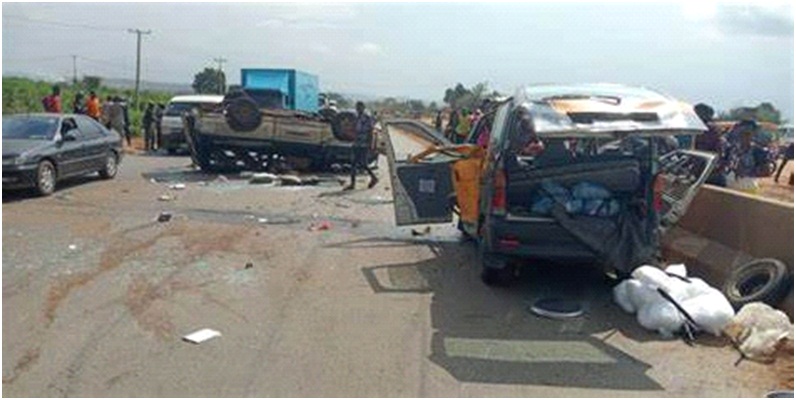 No fewer than 10 persons narrowly escaped death in a lone accident that occurred on Ile-Ife/Ilesa highway in Osun.

Spokesperson, Federal Road Safety Corps, Mrs Agnes Ogungbemi, in a statement on Thursday said a white Mazda bus, with number plate: GBR 544 XA, lost control due to over speeding on the highway.

She said the accident happened very close to the Nigeria Air Force Base.

According to her, the accident, which happened around 1.55 p.m., involved eight male adults and two female adults who were all in the bus on transit.

She said officers of the Command had ensured that the attendant gridlock was cleared to allow easy flow of traffic.

Ogungbemi further stated that the Command had handed over the damaged vehicle to the Nigeria Police Force.