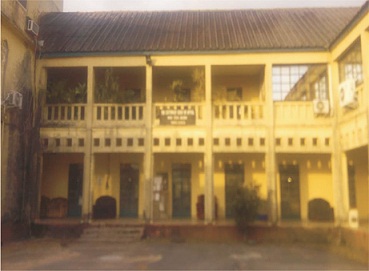 Fisayo Akinduro,  Osogbo
|
An Ile-Ife High Court has dissolved a 12-year-old marriage between Yetunde Olaomo and Nathaniel Olaomo over desertion and disappointment.

Justice Raheem Shiyanbola,  who presided over the divorce suite, granted the petitioners prayer for dissolution on the grounds that there was no more love between them.

In her petition, Yetunde, a resident of No 1, Bolorunduro Street, Iyana-Ajia, Ibadan, Oyo State, told the court that she  got married  to her husband on July 10, 2007 at Odeda Local Government Registry, Ogun State, but her husband did not surface since December 12, 2017 till date.

Yetunde,  who tendered her marriage certificate to prove  her case, said that her  estranged  husband packed out of the house on December 2, 2017, without any notice or query.

According to her, all efforts to bring him back home proved abortive, adding that she heard that her husband went to hide himself at an undisclosed place without any reason.

The petitioner, therefore, prayed the court to dissolve the marriage, saying that the marriage had broken down irretrievably and that the union was not blessed with any issue.

The respondent was, however, not in court to defend the allegations brought against him.

Counsel to the petitioner, Mr Akin Akanbi, admitted the allegation to be true.