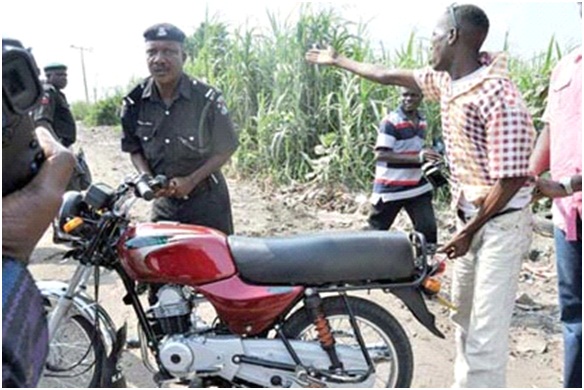 A yet-to-be-identified man suspected to be a kidnapper has abducted a 12-year-old girl, Abibat Saani, in Ofosu, Ore in Odigbo Local Government Area of Ondo State.
The victim was reportedly kidnapped by the hoodlum while hawking groundnut in the neighbourhood on Monday afternoon.
Narrating the incident to The Hope Metro, Abibat’s mother, Aisha Saani, said on the fateful day, her daughter went to hawk groundnut as usual, but have not returned home till now.
According to her, “My daughter was hawking groundnut when a bike man stopped her very close to our house. He told her there was a ceremony at the next street called “Olobesere”, where they needed groundnut.
“The man told her to send somebody home to tell me to prepare more groundnuts and my daughter followed him.
“It was the person that my daughter sent home who informed us that one bike man took her away and since then we have been looking for her.”
Aisha said they went to report the case to the Amotekun Corps in Ofosu, where the girl’s father works and also reported at Ore police station.
“They immediately swung into action and found the groundnut tray with few groundnuts inside the bush at Agric, along Ore. but she was no where to be found.
It’s been twelve days now, we’ve been looking for my daughter,” she lamented.
The victim’s mother complained that in Ofosu, they could no longer go to their farms because their Baale’s wife was abducted, raped by the abductors and killed inside the bush.
Aisha said the Amotekun Corps and the police have assured the family of rescuing the girl, while the perpetrators will be arrested soon.
The Hope Metro also learnt that some kidnappers attacked Aisha’s neighbour a week ago around 8pm and went away with the wife of a man popularly called Restson.