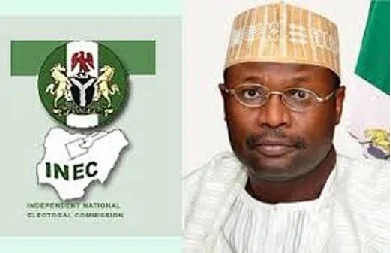 Preparation for the local government election in Ondo State scheduled for Saturday August 22 is gathering steam as political parties warm up for the chairmanship and councillorship polls.
Already, 13 political parties are preparing to slug it out with their opponents as the elections draw nearer.
Speaking in separate interviews with The Hope, some of the parties participating in the elections affirmed that they were fully prepared, just as they asked Ondo State Independent Electoral Commission (ODIEC) to provide a level playing field for all parties.
The political parties that spoke with The Hope are: African Action Congress, AAC, African Democratic Congress, ADC, All Progressives Congress APC and Social Democratic Party, SDP.
The African Democratic Congress, ADC, said it was already prepared for the elections before they were postponed indefinitely due to the COVID-19 pandemic.
The State Acting Chairman of the party, Chief (Mrs.) Tokunbo Saka-Adetoro explained that the party has done the needful at strategising for its victory at the polls.
She maintained that all the candidates of the party fielded for chairmanship position in the six councils would be victorious.
Saka-Adetoro noted that the party would embark on door-to-door campaign ahead of the election.
Also, the Chairman of the Social Democratic Party (SDP), Prince Oladele Ogunbameru said they have put machineries in motion towards the elections, noting that the party have five candidates vying for the chairmanship position and sixty two candidates for councillorship position.
According to him, they have started sensitising people on the need to come out enmass to cast their votes for the candidates of the party during the election.
He affirmed that so far so good, the commission, under Prof. Yomi Dinakin has shown the capacity to be fair to all parties.”There is nothing for now to show that ODIEC is under any undue influence by the government of the day.
“Governor Oluwarotimi Akeredolu himself has said that he is only interested in a credible election, he said there would be no manipulation to favour anybody. And that is what all parties are saying, that means we are on the same page. If the situation changes tomorrow, we would voice out’.
He believed that ODIEC will provide all the necessary things to make the election hitch-free and safe.
Also, the Chairman of the African Action Congress, (AAC), Mr. Isreal Ayeni, posited that they were fully prepared and determined to win all the seats that the party is contesting.
He said that they have equally sensitized their members on the need to take all the precautionary measures to keep safe during the election, adding that his party has what it takes to win the election.
The All Progressives Congress, (APC)’s , Director of Media and Publicity ,Mr Steve Otaloro also made it known that the party was ready even before the election was postponed, stressing that all what is needed for the contest had been done by the APC in the state.
Describing the decision of ODIEC to conduct the election as a welcome development, Otaloro informed that they will continue with their campaign, using necessary platforms to reach out to the electorate.
He dismissed insinuation that ODIEC would favour the ruling party in the contest which has made the major opposition to boycott the election, insisting that the commission is presently headed by an academician who has a high integrity.
“If the allegation is true, we would not have been going round the local governments campaigning. This present ODIEC’s integrity cannot be compromised. The election will be credible and it would be clear enough to everyone that the body is not partial,” he averred.
The APC spokesman said the party will be victorious at the poll as the present government has touched every local government with developmental projects.