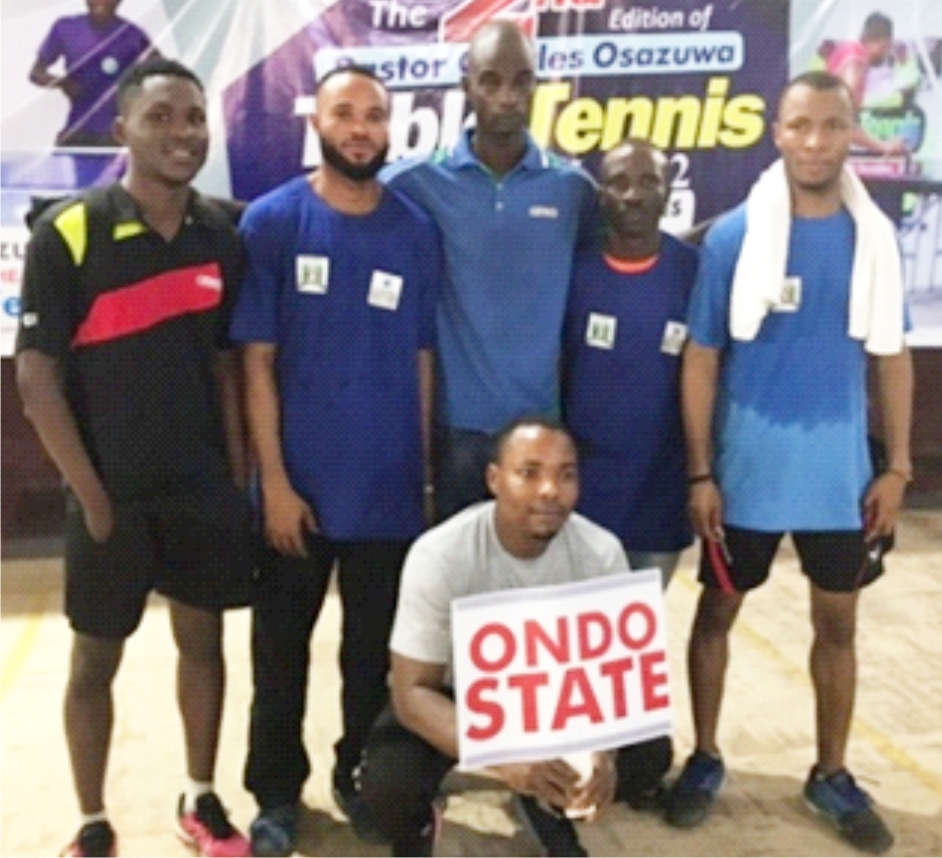 The championship held at the Gymnastics Hall of the MKO Abiola National Stadium, Abuja had about 380 male and female athletes across the 36 states of the Federation.

Nigeria’s national U-22 champion,Mati Taiwo withdrew from the championship in the round of 16 due to malaria fever.

The state head coach, Adedotun Omoniyi expressed is joy for the success of the team saying the team were able to defend their tittle despite the fact that there was paucity of fund.

He said: I’m happy for our women players, they have been coming up gradually, since the last competition in Osogbo.

“We won all these major medals at the last championship and we repeated same feat now, it’s very rare for a state to dominate the game like we are currently doing.”

Omoniyi while celebrating the great feat of his players, appealed to government to give approval to their requests.

“We borrowed money that was use to prosecute the championship.”

He said; The glory is for the Ondo State and not personal, we are appealing to the authority concerned to facilitate our approval, they should consider our performance at competitions and do the needful for us.