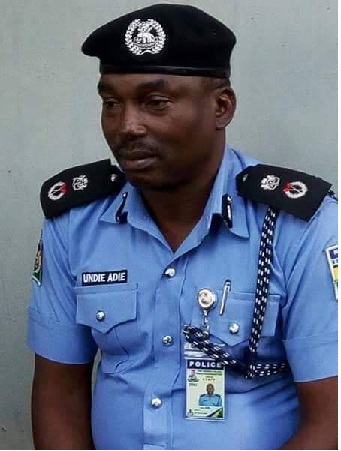 An under-aged driver has been remanded by an Ile-Ife Magistrates’ Court over reckless driving, manslaughter and damage of properties.
The police charged the 17-year-old driver (name withheld) with seven counts bordering on dangerous driving, driving without licence, causing injury, damage and manslaughter.
The prosecutor, Inspector Sunday Osanyintuyi told the court that the minor committed the offence on July 11, 2020 around 2.30 p.m. on Ajebamidele, Ibadan Road, Ile-Ife.
Osanyintuyi alleged that the defendant drove dangerously on the public highway without any regards to all the traffic law.
He added that the accused person drove a Toyota Camry with Reg No: KJA 698 BJ recklessly on the public Highway and caused the death of 35-year-old, man, Saidi Akinola.
He also alleged that the accused person drove dangerously and caused injury to one Dominic Ohate and Adeleke Kayode.
He added that the accused person drove recklessly on public highway and caused damaged to one Toyota Camry with Reg No: KJA 698 BJ, property of one Salami Adenike.
Osanyintuyi expressed that the accused person drove on the public highway and damaged a Honda Motorcycle with Reg No: SRA 501 QB, property of one Dominic Oha.
The offence committed contravened the provisions of Sections 6(10), 7(1), 13(1) and 27 of the Road Traffic Law, Cap 115, Vol 11, Law of Osun, 2002.
The accused person, however, pleaded not guilt to the charges leveled against him.
The Defence Counsel, Mr Ben Adirieje, applied for the bail of the accused person in the most liberal terms.
He pledged that his client would not jump bail, but would provide reliable sureties.
Magistrate Adedotun Adebayo, who did not grant bail to the accused person, ordered that he be remanded at Ilesa Correctional custody.
He adjourned the case till July 28, for hearing.