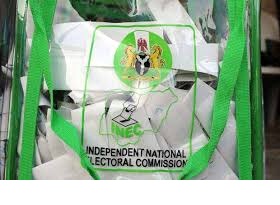 By Jubril Bada
|
Ondo State Independent Electoral Commission, ODIEC, has said that no fewer than 19 political parties have submitted the lists of their candidates ahead of today’s deadline of submission of candidates’ list  by political parties for the April 18 local government elections.

Nine out of the political parties which are also among qualified parties to contest the elections following the deregistering of 74 political parties by INEC, have indicated interest to participate in the council election.

The screening of candidates according to The Hope investigation would commence after the submission of candidates’ list by political parties.

However, names of the political parties that submitted the lists of their candidates were not disclosed.

The Commissioner in charge of Media and Publicity in the commission, Mr. Rotimi Olorunfemi stated this in an interview with The Hope.

It would be recalled that the deregistered political parties have approached courts of law to challenge their delisting from taking part in future elections by INEC.

He explained that the commission (ODIEC) which could not determine the outcome of court was thinking of meeting with stakeholders to deliberate on giving them opportunity to participate in the local government poll pending the outcome of the case.

“We will meet with relevant bodies to take decision whether to give  them opportunity to participate in the election pending the outcome of the case”. he said.