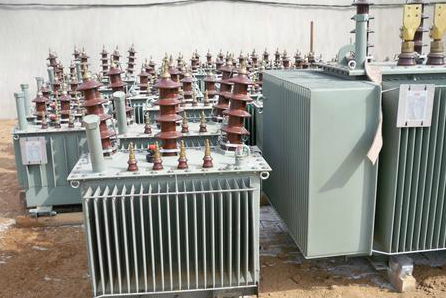 The Hope Metro  gathered that  the suspects who are members of a syndicate vandalising electricity cables and transformers in Akoko were caught in  the early hours of Sunday by local vigilante group of Ejidu, a community in Irun kingdom.

According to an Irun Akoko community leader, who doubles as the chairman Irun Divisional Police Community Committee PCRC, Mr Femi Oloketuyi  the thieves were five in number when they  came to Ejidu in the night.

Oloketuyi disclosed that luck ran out on the suspects  when the community vigilante saw a ray of light around the transformer which led to apprehending two of them, while three other members of the gang escaped .

Oloketuyi  said the transformer had been cannibalised before they were caught.

The Hope Metro learnt that  it took  over four years before concerned indigenes in collaboration with the state government reconnected the sleepy town with the national grid early this year.

Few weeks after the town heaved a sigh of relief, some bandits reportedly  cannibalised one of the transformers in the town with part of the town in darkness since then.

Worried by this development, residents of the town tasked themselves by contributing money towards replacing the cables that were carted away by the marauders.

The people were still battling with the development,  when  the duo were   caught vandalising the transformer at Ejidu community.

The two have since  confessed to the crime, while the duo had  been handed over to the police at Irun Divisional Police Headquarters for further investigations.

The DPO of the division, Gbenga Ogunleye,  who confirmed the incident said the police are now on the trail of the remaining suspects  still  at large.

Ogunleye said they would  soon be charged to court after full investigation was completed.