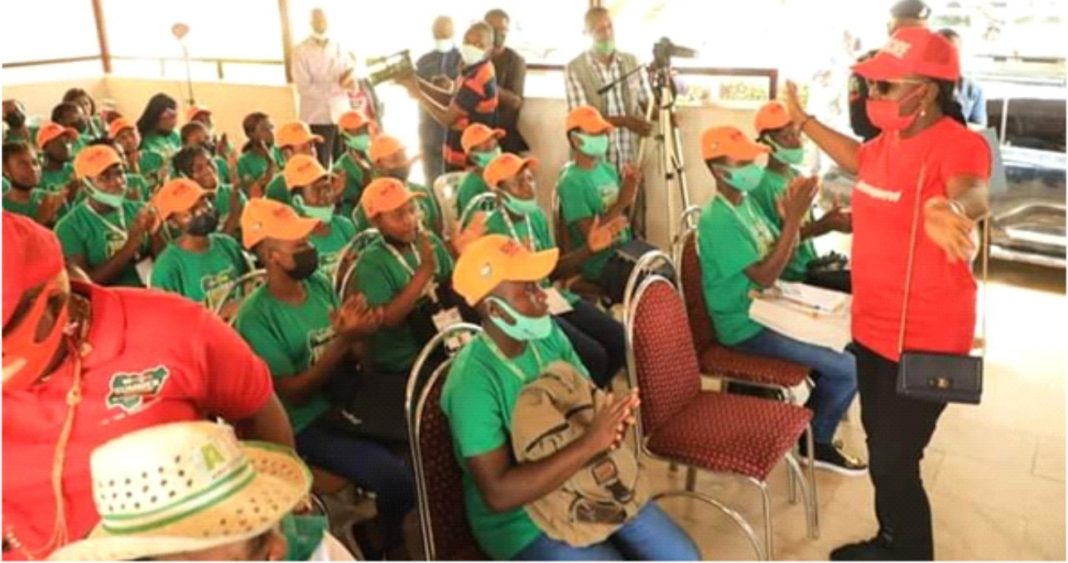 The wife of Ondo State Governor, Arabinrin Betty Anyanwu-Akeredolu yesterday joined others in the world to celebrate this year’s International Day of the girl-child with the theme: Digital Generation, Our Generation.
The event which was held at the Government House in Akure, was used to showcase some of the achievements of BEMORE girls as she described this year’s theme as apt and relevant to BEMORE’S dream.
While charging the girl-child to always aim higher, revealed that some of the BEMORE girls displayed their talents to the state through the State Radio Station which was applauded by many.
She said,” this is a way of exposing our girls to the world. It is a way of grooming our girls to be bold, courageous, educated and enlightened to cope with future challenges. You will agree with me that it is not easy for the girl-child and women in the society, hence, the need to train our girls to be able to solve their problems.”
The First Lady who revealed that almost 2000 BEMORE girls have been trained on ICT, Solar energy and other life enhancing skills since inception in 2017 said that her mission to have different women who will change the narrative was already becoming materialized.
She said:”We decided to go for ICT because the world is going digital and Solar Technology which is at our finger tips since we can harness and get solar energy from the sun. There are technologies that are gender neutral which is why I key into the vision. The expression that women cannot excel should be dumped in the dust-bin of history.”
This is the single largest investment in Ondo State in the last four years. We are going to get bigger because we will keep turning out BEFORE girls yearly. We have deployed 368 solar home system across the 18 Local Governments, 912 laptops between 2017-2021. Our girls have also been taught taekwondo to protect themselves against randy men. BEMORE is here to change the narrative,” she said.
In the speech of former Okitipupa Local Government Chairperson, Morenike Alaka, thanked Mrs Akeredolu for her love for the girls and women in the State as she urged the girls to be changed agents in their environment and world at large.
In the speech of the first female President, Association of Ondo State Students Union, Miss Mary Ogunga, charged the girls to be good ambassadors and always showed to the world that there was no limitation for the girl child with determination.