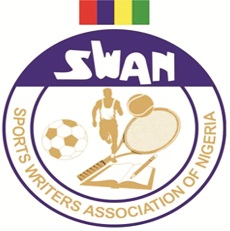 By Femi Atolagbe
|
Following a remarkable showing at the just concluded 2018 National Sports Festival zonal qualifications in Ibadan , the Sports Writers Association of Nigeria (SWAN) in Ondo State has saluted the athletes, coaches and other officials of the State Sports Council (OSSC).

It would be recalled that the athletes of the Council qualified for three sports – Volleyball(male), Abula(male) and Hockey(female) out of the six events they participated.

In a release made available to newsmen in Akure the state capital by the association’s Secretary , Mr Segun Giwa , the SWAN said the athletes also put up commendable efforts in male Soccer, Volleyball(female) and Handball(male).

Ondo SWAN is of the opinion that the State Government should support one-month camping proposed by the Sports Council to prepare the performers for a befitting outing in Abuja.

It uses this medium to thank the State Government for the support so far rendered by the Oluwarotimi Akeredolu-led administration through the approval of funds for the southwest qualifier. Such approval should readily translate to cash to get the best from the performers.

The Sports Writers urged the Government to formally receive the athletes from Ondo that represented Nigeria at the last Commonwealth Games, in Australia.

SWAN in Ondo will continue to support sports development in the State.