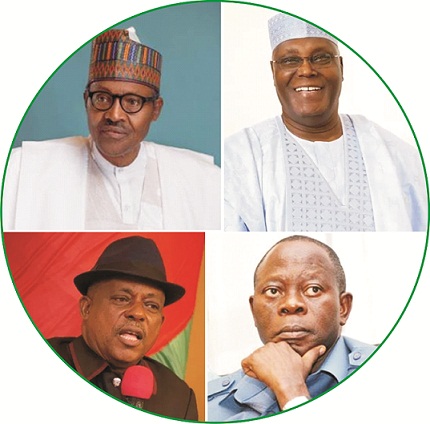 By Theo Adebowale
|
There are some people in our communities that are well known to be politicians. For some reasons, majority of them do not stand for elections. But they attend party meetings. When someone from the city comes around to announce his or her intention to run for an office, friends and associates advise that person to go and see these politicians. These politicians have cultivated the talent of listening, and counseling.

Many times, they may convince the aspirant to go about his aspiration differently from his original plan. They receive gifts and courtesies; such that some aspirants get pissed off, wish the process get concluded fast enough, to have it behind him. When the aspirants consider these characters to be less educated, less successful, not exposed but having to direct affairs of this political project, they may get nauseated. But the thing keeps dragging on, taking as much as one year of involuntary humility and submission to the locals.

It is the experience of an aspirant who makes a living in Lagos or Abuja, or sometimes New York or Glasgow having to submit to the tutelage of a local leader in Ipenmen, or Igbotako or Isuada. He prays solemnly that the cup pass over him. Many aspirants naturally fall by the way. The successful politician takes stock after victory and decides to embark on reform. He wants to get the youth, and polished individuals to take charge. Would you blame the urbane professional who wants his community to be 21st century compliant? There is temptation to get rid of the old, and raise a new breed through a succession action.

A past regime in Ondo State was credited with ‘retiring’ many old hands from the politics of the state. Political ‘retirees’ make frantic efforts to be relevant in other spheres of life, to be active, to be functional. They would have gladly provided support services if not for the humiliation and disrespect surrounding their overthrow. Life continues never-the-less and politics is life.

Musicians dish out the ideology and electoral programmes of parties and candidates. Motor park touts are better informed than other electors in this direction. In South West Nigeria, fuji musicians are preferred and this may have provoked jealousy of other brands. And musical instruments like piano, now enjoy much benefit from the computer, that, with very little knowledge of manipulation, great tunes may be produced. The same effect is visible in governance, ICT having reduced the world to a global village, models of governance and even economies are easily available to study, adopt and may be, vary. At the end, it is the quality of governance that appeals to the judgement of the electorate.

For electioneering, All Progressives Congress at the centre displays its activities and accomplishments in transportation, commerce, youth empowerment, anti-corruption crusade, power sector among others.

In times past, security agents lent helping hands to candidates of the ruling party as the ‘youth wing’ overran campaign rallies of rival parties and candidates. That support was not available in the last election; those who needed it most desperately had even abandoned ship.

Consequently, a major political casualty appeared in Kwara. The Senator had relied on brute force to get and retain power. But now there is no access to military and paramilitary might he was shown a ticket, with instruction written in red ENOUGH IS ENOUGH. He would admit to consulting party leaders who oiled his political structure, giving him feedback. He would employ the youth as bouncers and attack dogs. Some youths mount the social media to sell the candidate, intimidate opponents they run down with fake news, blackmail and threats.

In the on-going general elections, political parties have departed far from their traditional practices. Even support organisations are not enjoying logistic provision. Unlike sometime in the past when the National Security Adviser would draw funds from the Central Bank of Nigeria to bank roll such organisation, members must contribute money to support the candidate. T shirts, stickers, even jingles are nowhere to be found or very scarce indeed. Whereas, just 4 years ago, each major party was trying to outdo another in advertisement and publicity designers, now event managers feel the effect of poor business. A serial defector even got to the end of the road. But some smart guys had some breakthrough. Not far from my neighbourhood was a poor road in need of a girder. Representatives met with a distinguished politician handing him a deadline to come and fix the girder. Promptly he did. But he lost his bid to return to the National Assembly. And a former governor, who prides himself in ‘working’ for you with a ‘caring heart’ eventually scored an own goal. His attempt to resurrect politically backfired and he now seems to have gotten to his ‘Ebenezer’.

In Oyo State, the constituted authority was stripped of all authority through electoral power.

Peoples Democratic Party invested heavily in the election penetrating even tiny, otherwise insignificant strata of the system with propaganda and compliments. The party spent much more time in running down the incumbent and his directive, attacking the Electoral Commission rather than advertising its platform. The media team is very aggressive and combative. All Progressives Congress was more defensive and narrative but for the National Chairman and ……. (Barrister Keyamo) who are ever ready to return every punch. Overall, every reform has attracted a price. If political office holders made contributions to the party every month, a plumber will need to find out how far such contributions have gone in the APC network in Ondo State, and how well they have been utilized. Procedures must be reviewed if outcomes must be different.

The forthcoming elections must produce positive results, so electioneering must be result oriented and cost effective.