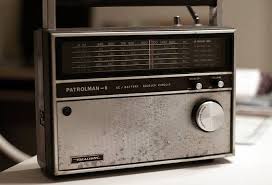 By Saheed Ibrahim
|
The 2019 presidential election had come and gone, both the winner and the losers are counting their gains and losses. The election produced a tight race between the incumbent and winner, President Muhammadu Buhari and the major opposition candidate, Alhaji Atiku Abubakar.

There were two notable groups that really defined the results of the election. These groups, to a large extent, used the internet and the radio to their own advantages, but only one was significant in the determination of election results.

Arguments were raised for and against the two leading candidates from the two major parties in the country (APC and PDP). From what I could deduce, I had concluded that the election would be in favour of the opposition, provided the youth would vote. In my discussion with my colleagues, we were of the opinion that if the election was conducted on social media platforms, perhaps, Alhaji Atiku Abubakar might be the winner of the February 23 presidential election.

Unfortunately, there were no polling units on the internet. Perhaps, in the nearest future, Nigeria will get there. For now, online polls remain irrelevant in the Nigeria polity.

At every nooks and crannies, the youth, basically students, who constituted 26.57% of the total registered voters for the election, were seen with their phones on different social media platforms, discussing and engaging in online communication including political discussions. Most of them participated in politics via the social media. Unfortunately, these “E-warriors” were totally disengaged from real life political engagement – voting.

They would rather participate in online political engagements than voting during real election. The total number of students who registered for the election was 22,320,990 but how many of them voted on the election-day? Very few. This brings to question the relevance of their knowledge, exposure and education when it comes to political participation.

The radio may be limited in terms of functionality when compared with mobile phones, but when it comes to election in Nigeria, the results show the differences. No wonder we were all awaiting the election results from Kano, Kaduna, Sokoto, Borno and other northern states during results collation. And when the results came, they were the deciding factors between the winner and the losers.

In various interviews before the election, President Buhari was confident of his victory. His confidence got people, especially the youth talking. But “Baba” knew what he was saying. His people, though without much education, are politically savvy, knowledgeable and active.

The South and the West always lament that the North is usually in the helm of affairs of the country. Truth be told, these people work for it. They usually troop out in large numbers during election. The head of the family, his wife(s) and children are usually seen on the queue, come rain, come sunshine, waiting eagerly to cast their votes.

But when you look at the situation in the East and the West, about 80% of voters are usually men, not the youth. The men in these two regions go out to vote but keep their wives and children locked in the house. How many men go to the polls with his children in this clime? That is a question we need to ask ourselves.

I remember when I was very young, even now; parents do call their children to come home from their respective schools before the election-day. That trend still continues. The PVCs the youth got from INEC are usually used as mere means of identification, not for the primary purpose it was designed for.

A video recorded in Lagos State even showed some young men playing football on the street on election-day and they categorically stated that they had their PVCs but were not going to vote. This is usually the trend among the youth in this part of the country.

There is an urgent need to address this high level political apathy among the youth. We need to face the reality and stop relying on the use of social media to encourage the youth to vote during election. There is need for a change in focus and strategies. The bigger question is – How do we make the youth vote in elections?

Ibrahim is a Post Graduate student of the University of Ibadan