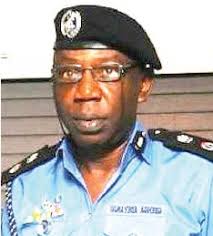 By Michael Ofulue
|
Ahead of the forthcoming general elections,  policemen in Ondo State have been warned against collecting  money  from any politicians while on election duties.

To this end, police officers have been advised to shun any money inducement and  concentrate on their lawful duties especially in protecting electoral materials, lives  and property of every eligible voter who would be coming out to exercise their franchise.

The state police boss,  Mr Olugbenga Adeyanju,  gave the warning during his monthly conference with the Deputy Commissioners of Police (DCPs), Assistant Commissioners of police (ACPs), Divisional Police Officers (DPOs), heads of departments and other senior officers of the command held at police officers Mess in Akure on Monday.

Adeyanju who told the Area Commanders  and DPO’s to effectively supervise their men and teach them their roles during elections, said any police officer found culpable in any wrong doing before, during and after the elections would  have him or herself to blame.

He said the Electoral Act has spelt out the duties of police men in elections, adding that the police,  as an institution, is  saddled with the responsibility of maintaining law and order in the society.

Adeyanju noted that under the new leadership of IGP Adamu, men of the Nigerian police force, must be professional in the manner of discharging their lawful duties, while he warned them to steer clear off anything that is capable of  putting them into trouble.

He told them to be more proactive in tackling heinous crimes, such as kidnappings and  armed robbery,  just as he urged the DPOs in Akoko and Owo Axis to put in measures that would help nip crime in the  bud.

The boss, who used the occasion to applaud them for success recorded in fighting kidnapping cases recently,  encouraged them not to relent in their efforts in ensuring sustainable peace in the state.

He stated that the IGP has also  banned  insurance of licensing of gun to private owners, while he urged the Deputy commissioner of police in charge of Criminal Investigation and Intelligent Department (CIID), to ensure full compliance,  by directing  the officers in charge to stop issuing license to anybody irrespective of his position.