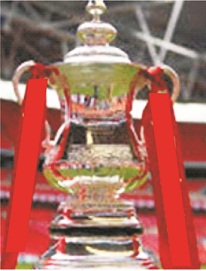 By Femi Atolagbe
|
Sequel to a letter sent to all state Football Association secretaries dated, February 5, 2020 the stage is now set for the preliminary stages of the FA Cup competition.

According to the letter the collection of materials and licences will commence on 21st February, 2020 which means interested teams ought to have purchased their forms at the various States they intend to represent.

The sale of forms which has since commenced in Ondo State will close on Wednesday, 19th February 2020 with teams expected to pay a sum of N70,000 which also includes their affiliation fees for the year.

As part of efforts to stage a befitting competition in the state a 7- man committee was inaugurated to tinker this year’s competition.

The committee which has Mr Ogunyamodi Charles as chairman has since swung into action on how to make the state preliminaries and finals a more competitive and colourful edition.

Ogunyamodi said all hands are on deck that this year’s competition would not only produce a very colourful edition but equally guarantee a stiff competition amongst the teams which has been the tradition of the FA Cup whereby if top teams don’t prepare well they will suffer elimination in the hands of the so called minnows.

“As you aware the FA Cup is always full of surprises right from the draws to the main event and this year is expected to be more competitive as we are hoping that more teams register  so we can have a bigger competition”.

The State FA Cup is expected to kickoff on 30th,March across the country while the state finals hold between 25th and 26th April.