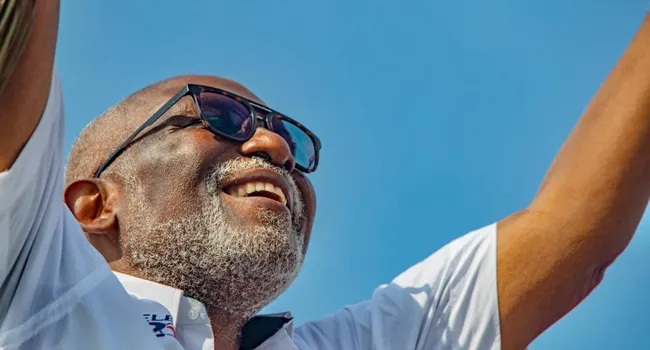 For the umpteenth time, the Independent National Electoral Commission (INEC) said yesterday that the votes credited to the All Progressives Congress, APC during the last gubernatorial election in Ondo State by the commission were not wrongly credited as alleged by the PDP.
The Commission’s Director of Operations, Mr Tope Aina made the clarification while being cross examined at the resumed hearing of the suit instituted by the PDP candidate, Mr Eyitayo Jegede challenging the victory of the APC candidate, Mr Oluwarotimi Akeredolu in the gubernatorial election.
Aina who was being led in evidence by INEC counsel, Mr Charles Edosonwam denied that the votes credited to APC were wrongly done.
While being led in evidence by Edosomwan, he was shown page 400 to 408 of the proof of evidence. He identified his witness statement and adopted his statement as his evidence in the case.
In paragraphs 823 and 828, he referred to a result sheet tagged form EC8D and declaration form where the governor, Oluwarotimi Akeredolu was declared as governor and tendered both exhibits.
Following no objection from the other respondents and petitioners counsel, the tribunal admitted it and marked it as R1 and R2 respectively.
During cross-examination by the APC lead counsel, Lateef Fagbemi SAN, the witness said he had been with the commission for 30 years and that he observed that the process of the election was done in accordance with the electoral act.
He said that the list of candidates was published and there was no objection from Mr Eyitayo Jegede, the petitioner.
Through the process, Fagbemi tendered the following documents; nomination forms of the third and fourth Respondents, receipts and the certified true copy of the published final list of candidates.
While responding to questions from Akin Olujimi, he agreed that it was allowed for a registered political party to appoint a caretaker committee in accordance with its constitution.
He equally said that he recalled that in 2016, the PDP constituted a caretaker committee led by Alhaji Markafi to run its affairs and it was the same committee that nominated Eyitayo Jegede as the PDP Gubernatorial candidate in 2016.
After the sole witness, the INEC as the first respondent closed its case while the second respondent, APC is billed to open its case today.