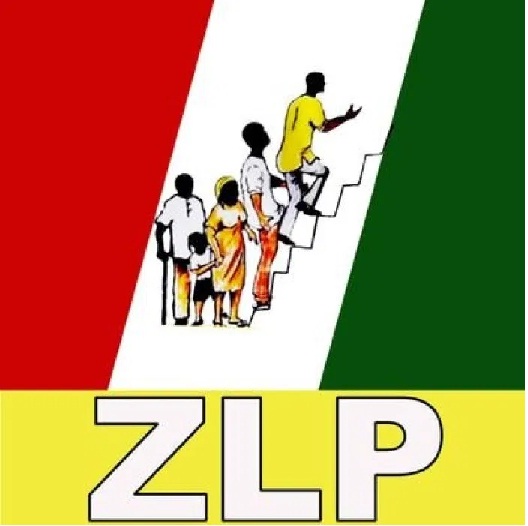 Money changes everything, so says Cyndi Lauper, a political philosopher.
This important dictum notoriously true appears to be changing negatively the fortunes of the Zenith Labour Party, ZLP. The Hope has observed.
Investigations by our reporters showed that things are falling apart and the centre can no longer hold as resources to power the party are fast dwindling.
Reports revealed that the party’s gubernatorial candidate, Mr. Alfred Agboola Ajayi is said to be in dire financial straits which may have negative impact on his chances at next month’s polls.
Insider sources within the party said prominent politicians of the embattled Deputy Governor who had earlier assured him of money for his campaign have reneged on their promises.
The paucity of funds, it was gathered might have been responsible for the non take off of the party’s gubernatorial campaign aside that of the APC and PDP.
According to our source, “When Ajayi joined the PDP, some PDP governors which included Aminu Tambuwal of Sokoto, Nyesom Wike of Rivers and others supported him. However, following his move to the ZLP, they have all withdrawn their support for him.
“For instance, the Rivers State governor, who was alleged to be one of Ajayi’s main backers before his defection from the PDP to the ZLP has stopped funding Ajayi since he is no longer in the PDP and his chances in the ZLP looks bleak”, the source said.
Already, the ruling party in the state, APC and the PDP have commenced their local government areas’ tours and rallies.
While APC governorship candidate and incumbent governor, Rotimi Akeredolu, started his local government areas’ campaign at Ese-Odo on Wednesday, governorship candidate of the PDP, Eyitayo Jegede, equally visited Akoko North East and Akoko North West local government areas as part of his campaigns.
While the APC had already flagged off its campaign, the PDP also kick-started its campaign last Saturday (September 12) for the October 10 governorship poll.
However, investigations revealed that political activities in the ZLP camp have been stalled due to the inability of the governorship candidate to independently raise funds to finance his campaign.
“Ajayi is struggling financially and the party is only being oiled by his running mate, Mr. Gboye Adegbenro. The situation is so bad to the extent that he could not erect enough billboards and print posters across the 18 local government areas,” our source said.
A source in ZLP disclosed that Ajayi is presently in Abuja to meet some of his business partners in order to raise fund.
It was also learnt that the ZLP is yet to appoint a Director-General and draw up plans for its campaigns.
A chieftain of ZLP, who spoke in confidence said: “As at now, we are stranded in ZLP. Before he joined the party, he told us that he has N10 billion to finance his election but I doubt if he has spent up to N10 million since he defected from PDP to ZLP.
“Go to all local government areas; you will hardly see his billboards and posters. Even in his own local government area, Ese-Odo, Agboola Ajayi billboards and posters are scanty.
“He ran to Abuja yesterday to look for money and our prayer is that he returns to Akure with enough funds so that we can kick-start our campaigns because this is very disappointing.
“It is disheartening that 30 days to the election, ZLP is yet to appoint Director-General, set up committees and draw up plans for the campaign.”
When asked why Ajayi’s friends are not rallying round him at this crucial time, our source said many of his friends are skeptical because they are in doubt if ZLP can actually win the governorship election.
“You really can’t blame his friends. They must have weighed their options and nobody wants to invest and lose. They don’t really believe the ZLP has the needed structure to win the election. How many elected members are in the party?
“The only thing ZLP is laying claim to is the fact that Olusegun Mimiko, the immediate past governor of the state, is in the party. But can Mimiko who has been out of office for the past four years bankroll the campaign? It would have been a different kettle of fish if Ajayi is running under the PDP which is the major opposition party in the state”.
When contacted, an aide of Ajayi, who spoke on condition of anonymity, said his principal has been the one personally funding the campaign. He, however, said Ajayi’s popularity among the people of the state will work for him.
“Yes, he has been using his personal resources with support from few of his loyalists who believe in him. However, money is not the most important weapon in an election. That is the mistake many people are making.
“The most important weapon are the people who will vote on election day. These are the people Ajayi was banking on to win. With God and the people on his side, we are confident that he will win and put an end to the dictatorship government in Ondo which has been in the saddle since the last four years.