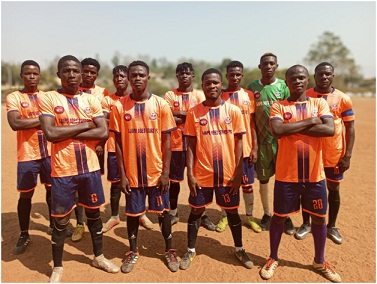 The hostility between Ijapo Ages Stars FC and Victory Lions was tensed as both sides displayed football artistry to the admiration of the spectators.

Both teams took the game to each other in a very high density as Victory Lions goalkeeper stopped Ijapo Ages Stars FC to find the back of the net in many occasions.

Nosa Enabulele broke the deadlock few minutes to the end of the first half as he gave his side the lead from a goal mouth scramble.

Victory Lions goalkeeper has blocked two shots from Ijapo Ages Stars FC before Enabulele finally gave his side 1-0 lead going into the second half.

Victory Lions FC swift reaction were unsuccessful as the Ages Stars FC backline dealt with the opposing side antics.

The second half of the encounter was unable to produce more goals as the defending Champions went away with 2-0 victory to set final date with Barack Eagles.