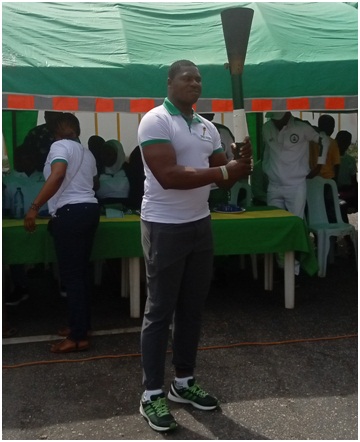 Ondo State will tomorrow depart and join other 35 states including, the Federal Capital Territory to compete for honours at the 21st National Sports Festival (NSF) kicking off in Delta State, Asaba.

The 21st National Sports Festival tagged Asaba 2023 is slated for Delta State between November 29 to December 10.

The Sunshine State will hit the Big heart state with nothing less than 129 athletes in 20 sports.

The General Manager of the state sports council, Mr Henry Babatunde said he remained optimistic that Ondo State will perform better at the 21st National fiesta.

He added that with the spirit in the camp, we are very much hopeful that we are going to do well at the Festival.

“Our athletes have been in camp since last week, with intense training, they are showing zeal to make us proud at the games .

I urged the athletes to do away with any ban substance and ensure they represent us well by being a good ambassador of the stately, we are known for integrity and they should hold on to it.

They should play according to the rules and regulations of the competition and ensure they raise the flag of the state high.