by Hope Newspaper
in Featured, Politics
0 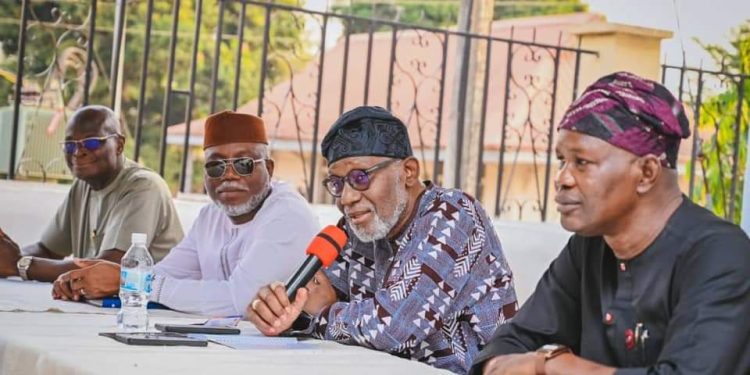 Ondo State Governor, Oluwarotimi Akeredolu, on Tuesday met with Candidates of the All Progressives Congress (APC) and other stakeholders of the party ahead of the forthcoming general elections.

At the meeting held at Government House Ground, Alagbaka, Akure, Governor Akeredolu announced dates for the party’s senatorial campaign rallies in the state, while charging party leaders and members to work hard for the coming elections.

According to the Governor, Ondo South Senatorial Campaign rally will hold on January 23 in Okitipupa while the rally for Central Senatorial district will come up on January 30, 2023 in Ondo town.

The Governor, who is also the leader of the party in the state, informed that the North Senatorial Campaign rally will be held on February 6, 2023 in Owo, Owo Local Government Area of the State.

Akeredolu, who expressed assurance that the party will emerge victorious, said the APC is the party to beat in the state.

Earlier, the State Chairman of the party, Engr. Ade Adetimehin thanked the Governor for the successful Presidential Campaign Rally held in the State.

“From reports, the rally is adjudged the best. We must keep the tempo going. We have laid our hands on the plough and there is no looking back.

“We must work hard for this election. Across the organs of the party, people love us because our people love the government. We can’t be pushed aside. We have a dependable and formidable leader.

“Our candidates are the best. We are going to give the best in term of the result. By the time the result is out, we will beat Lagos State. In beating Lagos State, we are talking about the percentage. We will count the total number of voters and the percentage won.

“During the last Presidential election, people thought we lost the election, we didn’t lose. Because this state is progressive. There was crisis then, but today the party is United under Governor Akeredolu”, Adetimehin said.