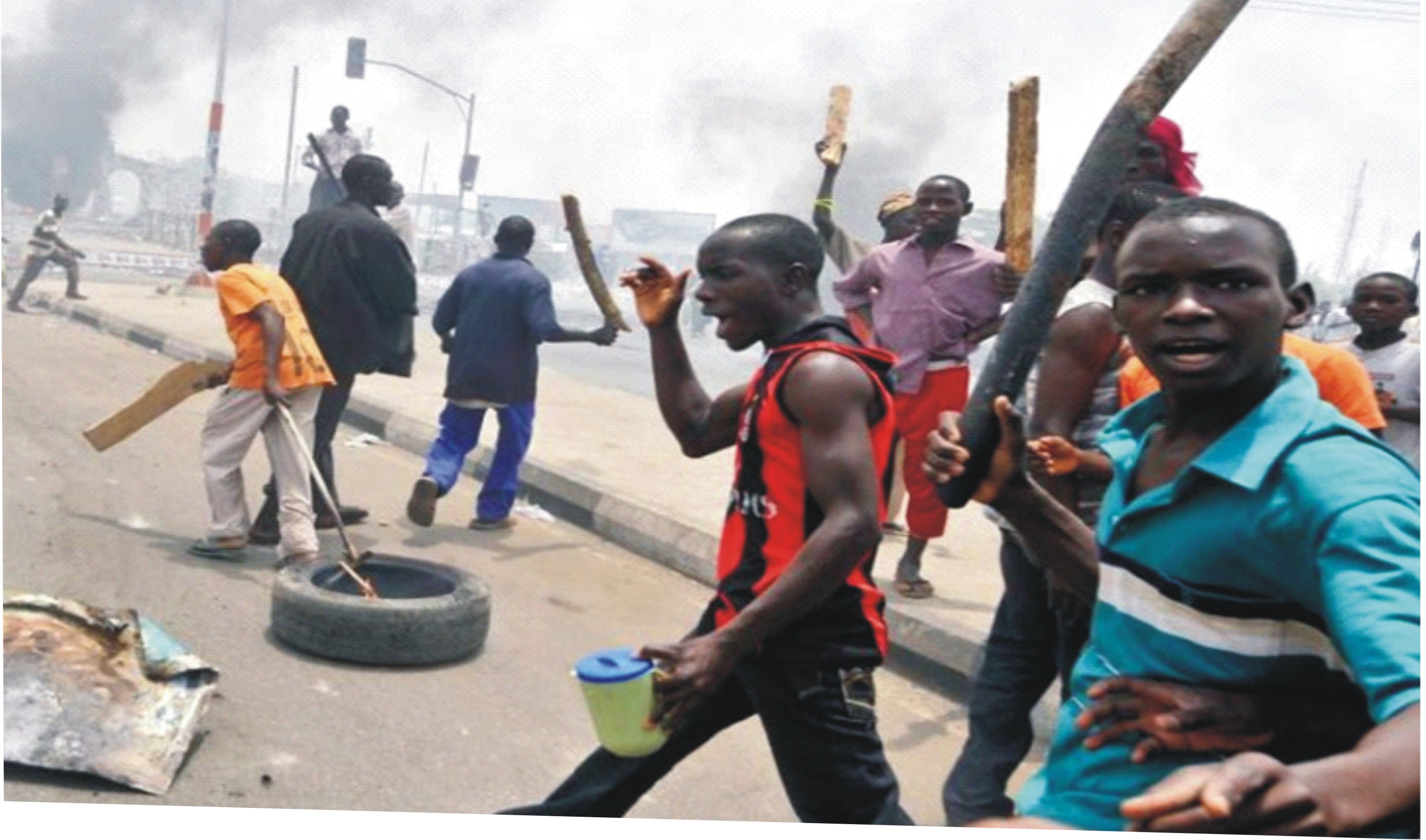 From the beginning of the Fourth Republic, Nigeria’s political experience has witnessed increasing intergroup rivalries, thuggery, arson, intimidation, banditry, assaults, harassments, kidnappings and assassinations, among others. Electoral violence has played a significant role in the country’s electoral process. Attitude of politicians and their supporters have also complicated the search for a truly democratic process.

The nation today continues to pay dearly for its indulgence in politics of bitterness, protracted political violence and intolerance. The greatest challenge before the nation’s political leadership is how to curb the use of thugs even as another political campaigns for 2023 elections get under way.

In the submission of an Afenifere chieftain and former Commissioner of Education in Ondo State, Chief Femi Aluko, it would be difficult to curb political thuggery in the next year’s  election because of the high rate of unemployment and poverty in the country.

His words: “How do you think political thuggery will be curbed when most jobless youths roam the streets daily looking for way out? Most of the women who run after different political parties are doing that just to get money to feed due to the high level of poverty in the country. Those in this category are willing to do anything for any politician who is ready to give them money to feed no matter how small. The harsh economic situation of the country makes it difficult for political thuggery to be addressed.”

Aluko, who said that Amotekun outfit could be deployed to forestall violence  during the forth coming election praised them for doing well in the State. He however advised parents to check their wards against being used for political thuggery and warned that youths who do not have voters registration cards should not be allowed to go out on election day.

A retired school principal, Ebenezer Fapohunda, who explained that reasons for political  violence vary, added that political thugs could be designed to minimise or neutralise opponents, it is sometimes used to undermine opponent’s ability to mobilise supporters and performance at the poll, spoil victory or protest losses, manipulate or delegitimize the electoral process.

The educationist blamed political thuggery on idleness and high rate of unemployment among the youths. He said, “youths generally are very active. They are the most vulnerable people especially during election. An idle mind, they say is the devil’s workshop. When a youth is jobless, of course, he/she will go into mischief.

“The political situation in Nigeria has deteriorated to the point that politicians rely on thugs to secure their mandates. Any politician without thug during a campaign is not seen as strong enough. Thuggery cannot allow democracy to grow. It is a pity that years after the nation’s democracy, we are still in this mess.

Any how you look at it, political thuggery is detrimental to the development of any nation. When the elections are over, the thugs who are jobless use the tools given to them during elections to terrorize innocent citizens. That is the more reason INEC should put its  house in order and do everything possible to discourage political thuggery in the coming election. Electronic voting will curb thuggery.”

A political scientist, Mr Omololu Dada, stressed the need for the country to tackle thuggery during elections with technology. According to him, the deployment of technology in the electoral process would serve as a means of ending electoral violence and political patronage of thugs.

He said: “Our country needs to come up with an electoral system where thugs and bandits would no longer be relevant.

Many countries have solved this problem through the deployment of technology and electronic voting.

“Some desperate politicians and people in power are known to protect notorious outlaws often linked to violent crimes because of their strong-arm tactics that come handy during electioneering campaigns and elections.

Havocs wreaked  by thugs before, during and after elections is one of the major reasons eligible voters are discouraged  participating  in the electoral process. If we can embrace electronic voting where electorate can vote with ease in the comfort of their homes, it will automatically end political thugs because there will be no ballot snatching or vote buying,” he said.

A parent, Mrs Madinat Amodu, advised other parents and guardians to call their children to order so that they would not become tools in the hands of desperate politicians.

While appealing to religious and traditional leaders to speak to their followers against using youths for political thuggery in the coming elections,  she said: “You cannot see the children of candidates vying for any political office on election day queuing to cast their votes for their parents let alone joining thugs to fight for their parents who are contesting.

“This is because  their parents have relocated them abroad for safety before the election day. Only for them to be giving other people’s children peanuts to disrupt electoral process in their favour. Why should someone keep his/her children away from violence and recruit other people’s children as thugs? Some people have lost their lives in this scenario. This is the right time for parents to  talk to their children especially youths against being used for any politician’s ambition because no political position is  worth the life of anyone,” she said.