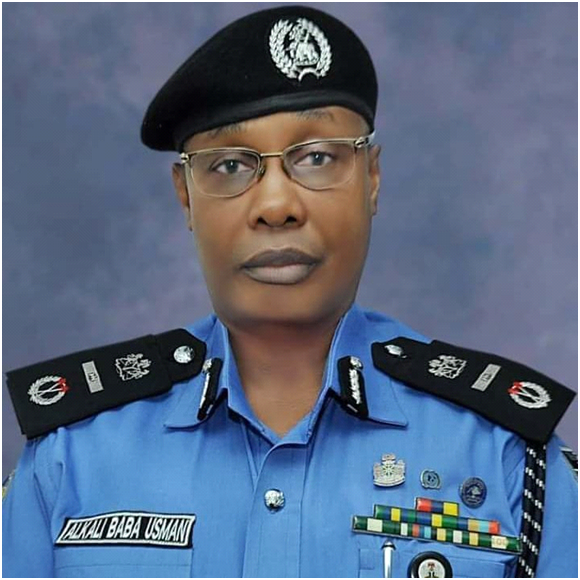 Security experts have warned against politicizing security matters during the 2023 general elections, insisting that such portends dire consequences.

The experts declared this in reaction to the recent statement by the Inspector General of Police,  (IGP) Usman Baba Alkali on the involvement of quasi-security operatives in the forthcoming general elections.

The Inspector-General of Police (IGP) Usman Baba Alkali had last week said Amotekun, Ebube-Agu and other “quasi-security outfits” established by state governments would not be engaged in security during the 2023 elections.

Alkali in the statement by the force spokesman, Olumuyiwa Adejobi, noted that such establishments are not legally-backed for the exercise.

In his reaction, a security expert condemned the directive, describing it as lacking in substance and abuse of power.

A retired Commissioner of Police, Chief Samuel Adetuyi opined that it is imperative to draw the line of distinction between politicking and policing.

“Amotekun for instance is a security outfit and of course, there can be a working arrangement for them to work together with the police for the success of the 2023 presidential election.

“For some time, what is been done is to remove the police commissioner of the State, bring a new police commissioner, so that this will remove the fear of any clash between them and the government in the state. But for me, I think it is important to begin to put a line between politicking and policing.

We must look at the advantages of incorporating the activities of local police and work for the benefit of all, after all, there are instances where immigration officers, custom officers and others in these category were used to assist the police for election duties.

The Asamo of Akure, Senior High Chief Rotimi Olusanya said it is greatly unfair for the IGP to give such directives stressing that local police officers have great role to play and could be instrumental for the success of the election.

“Men of the Amotekun Corps for instance is one of the prominent local security outfits recognized in Nigeria particularly within the states in the south west. The truth is that, men of the Nigerian Police Force alone cannot do this work without the assistance of local police because local policemen are mostly from within the community so they know the terrain better and their efforts and good work towards the security of lives and property is visible to all who cares to see.

“Federal Government have refused to license the use of sophisticated weapons for them, whereas their counterparts in the northern states use sophisticated firearms. Amotekun is meant to combat herdsmen that uses AK-47, how will they do these effectively without been well armed, thank God for the courage of the Ondo State governor who said if their northern counterparts can use it, he will ensure that members of the Amotekun Corps are well armed as well.

“As for me, I believe the best way to go so that the 2023 presidential election will be a success is that government and men of the Nigerian Police Force should partner with local police so as to ensure effective security of lives and properties of the people during the election.”

A Security and Intelligence Consultant, Mr Adams Abuh said all the security outfits established by state governments should not be involved in electoral duty, but only perform supportive role of providing security for lives and property of the people.

“They (security outfits established by state governments) cannot demand for election results. But if they are just around to prevent breakdown of law and order nobody will arrest them. But they should not go and perform any electoral duty.

” They should not be part of electoral process, their job is to ensure security of lives and property. So, whatever they do in that context is a supportive role to the security agencies.

“But going into the election duty per se is what they disagree with. They cannot be part of distribution of materials and other things like that. Those are the things they are supposed not to be part of, and that is the truth of the matter.

“They should not be following politicians as escorts to the polling units. Going into duty traditionally not meant for them is what is not allowed because politicians may want to use them for anything. They should only use them to provide supportive services to the security agencies in the area of policing”, the security expert added.

Lt. Col. Francis Okosun (rtd) however differed on the issue, saying that some of the opportunities were abused in the past.

Okosun said if all security operatives are armed to monitor election,, it may lead to mayhem because of power struggle.

A Political analyst, Awe Olatunbosun said the IGP’s directive is in order.

According to him, each militia group has either political or regional affiliation and this might influence their operations during elections.

He added the political elites sometimes use the conventional police to influence election, saying it would be difficult to remove sentiments from the militia groups if engaged for elections.

“Now coming to the idea of group that is tied to a particular region, it would be very difficult to totally remove their sentiment and commitment from the conduct and the outcome of elections.

“This is why I subscribe to the directive of the IGP as regards not allowing them to participate in the forth coming election”, he said.

While admitting that the nation has limited conventional security personnel for election, he said they can be maximized for efficiency.