AS expected, the race for the 2023 elective posts has commenced. While other positions are quite important, that of the President seems more vital to the geo-political zones and the various sub-ethnic groups in Nigeria. The Hope  however observes that rather than seeking for the emergence of the best to occupy the President’s office and seat, various ethnic groups have brought to the fore the diversity in Nigeria’s pseudo-unity, each insisting on their ‘blood’ occupying  the position.

THE  South West is jostling for the position on the belief that former President Goodluck Jonathan has fulfilled the rotational slots of the other side of River Niger, and the North is currently in power, hence power ought to move to the South-West. The South East on the other hand has hinged its agitation on the perception that it has been marginalized and prevented from being at the helms of affair since the demise of  late General Aguiyi Ironsi. To some Northern elements, standing for elections and voting are individual rights, which no party or ethnic manipulations could snatch away.

SECTIONAL  agitations are traceable to the perceived blatant disregard for the principles of Federal character, as enshrined in the constitution, by the outgoing President.  Many ethnic groups are willing to build on this incredulous legacy, and employ the President’s office as a means of empowering their kiths and kins thereby giving them slices of the national cake. Furthermore, given that the Fulani’s had used the opportunity of a son of the soil being in power to negotiate relevance and economic ascendancy, other ethnic nationalities have realized the opportunities of authoritative allocations, hence are keen in occupying the position to better the lives of ‘their people’ in a country where connection works faster than  law.

WE  also keenly observe that ethnic-centered politics had been the major determinants of Nigeria’s socio-political activities since independence. While efforts have been made over the years to minimize this idiocy, the 1999 Constitution, bequeathed by the military, ensured the erosion of true Federalism, empowered the office of the Nigeria President making the quest for the position, a do or die affair.

THE Hope views the charade towards the amendment of the said constitution by the National Assembly as a national embarrassment and deception of the populace. This deception, we believe, defines the insistence of Afenifere asocio political group in the South West, on the need to amend the constitution before any election takes place in Nigeria. Only the National Assembly, which at present, dissipates its energy on party issues in the Electoral Act, can take up its responsibility and give the nation a constitution that would cease the President, an all too powerful individual. The nation still has close to a year to aggregate all the interests and ideas articulated during the political ‘excursions’ of the National Assembly members to all the nooks and crannies of this nation in search of amendments to defective aspects of the 1999 constitution.

UNFORTUNATELY , but true is the fact that the current security challenges in Nigeria emanated from sectional agitations. The Yoruba, through the Oodua Peoples Congress, OPC started it after the death of the winner of the June 12 elections, and their militancy did not abate until a Yoruba man, though not supported by his kinsmen, became the President. In the North, the Boko Haram group became strengthened by those who claimed that Nigeria would burn if a Northerner did not regain the number one seat. Then, the present incumbent by oratory had prepared the mind of the Northerners for mayhem, until seat became theirs.

THE  agitations of the Eastern Security Network, the Indigenous Peoples of Biafra, IPOB,  and MASSOB, though tinted with the songs of secession,are in all intents and purposes geared towards controlling the affairs of a nation by all means. Unfortunately, armed bandits used to negotiate political offices become hard nuts to crack, and pain in the neck of the country after the political bouts have ended. More unfortunate is that the poor and struggling Nigerians often bear the brunt of the vicious political strategies to control power at the centre.

WE unequivocally state that while the quest for the seat of the President in 2023 by any qualified Nigerian is legitimate, ethnic-coloured agitations and the clandestine mechanisms involved in its actualization is an ill wind that does all no good. Until there is a constitution in place that actually recognizes and allows the diversity including the justifiable control of security and resources by Nigerians in their States and Local Governments, no ethnic group in power can assure and achieve the peace and unity enshrined in our national anthem. 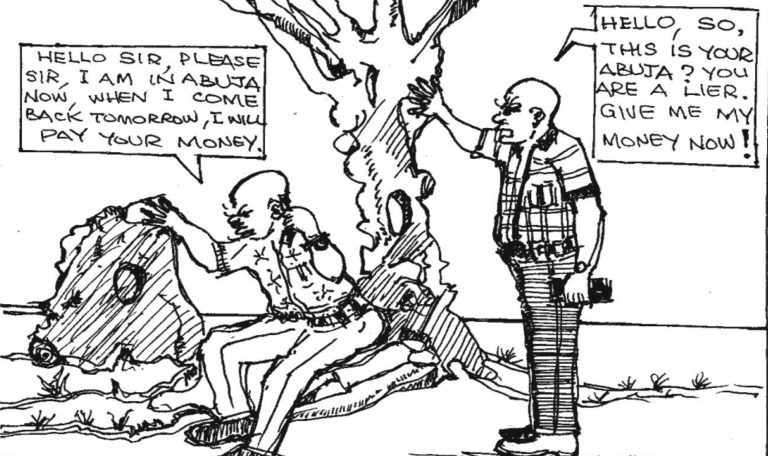