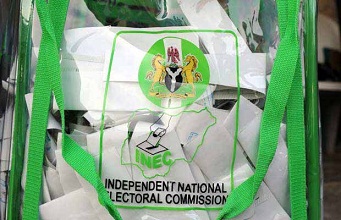 There are worries that if precautionary measures are not taken, drug barons and fraudsters may hijack political power in the country.

The apprehension according to investigation by The Hope is due to the desperate efforts by some unscrupulous politicians who are stupendously wealthy from dubious sources to clinch power with their wealth.

They hinged their apprehension on recent developments where some political parties’ candidates in next year’s general elections were recently nabbed by security operatives with bales of cash difficult to account for.

Those interviewed expressed serious concern that if the Nigeria’s political space is hijacked by drug barons and other people of questionable character, the nation’s development might be compromised, raising the spectre of violence and banditry in the country.

A former Deputy National President of Nigeria Labour Congress, Comrade Joseph Akinlaja said the incursion of sudden billionaires with questionable source of wealth into Nigerian politics is a dangerous phenomenon and a new means to legitimize their ill gotten wealth and desperation for power for personal preservation.

His words: “One of the reasons is probably to legitimize their money and deceive people into believing that they became wealthy while in government. They have analyzed and understood the weakness of Nigerian voters as poverty. People with integrity are rejected for wealthy individuals whose sources of income are questionable. They capitalize on the voters’ weakness in order to come to power.”

Akinlaja, a former member of the House of Representatives said the country will remain underdeveloped in all ramifications, if the situation persists.

He warned Nigerians to know that “there is no free lunch anywhere. If someone spends one billion naira to become member of the House of Representatives, he will go there with the aim of recouping the money with interest. Our roads will be bad, hospitals will be in poor condition and people will continue leaving the country for greener pastures. We are already seeing and feeling the effects in the country”

Dr. Bayo Fasunwon from the Department of Political Science, Adekunle Ajasin University, Akungba-Akoko, while describing democracy as an expensive venture, pointed out that because Nigerian politics thrives on money, people who want to vie for political offices would have to look for money at all costs.

Fasunwon warned that until Nigeria develops a system that does not thrive on money, it will be impossible to stop people from making money through dubious means and venturing into politics.”

Dr Chris Ofonyelu from the Department of Economics, Adekunle Ajasin University, Akungba-Akoko, noted that members of the ruling party seem to enjoy a protection that makes people think that the end justifies the means.

He asked, what makes politicians from opposition parties join the ruling party after making money by whatever means possible?, a development he described as detrimental to our political system.

Professor Sola Olorunfemi from the Department of Economics, Adekunle Ajasin University, Akungba-Akoko said the poor state of the nation’s economy would usually make people look for means of making money at all costs.

Olorunfemi decried the high rate of unemployment among the youth which he said is forcing them to venture into politics where they believe they can make a lot of money.

He added that without a re-orientation, people would continue to look for money through dubious means.

He said: “If there is no government job, can’t you set up something innovative? If you read Chemistry or Biology, does that mean you cannot be creative? People will continue to pursue money through dubious means until we can reset our priorities right.”