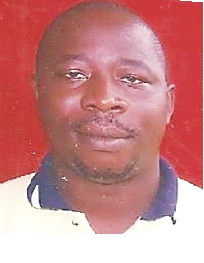 Now, it is about forty days to the 2023 general elections. It is quite significant if we remember that a journey that should have taken Israel forty days actually took them forty years to accomplish. Doubt, murmurings, rebellion, tribal issues, hunger and divisive utterances were factors that ensured that many who hoped to experience the promised land were never there, and quite unfortunately, their leader, Moses, too.

The question that comes to mind as Nigeria begins the forty-day trek towards the change of leadership as if these same issues are not on assignment to derail the transition train. Coincidentally, some other issues reared their ugly heads thirty years ago, and HOPE ’93 was annulled. Ironically, as it took Celestial fiat six days to form the Earth, it took six years to restore the caricature of the dashed hope in 1999. Now, as we close in on the day of reckoning, we cannot but ask whether history would repeat itself or if the chain of aborted hopes would be broken. While we hope for the latter, let us examine what seems to precipitate the former.

INEC had close to five years to prepare for this election. The body was also privileged to have had the much sought after reform in the conditions and conduct passed in the 2021 Electoral Act. Furthermore, the Osun and Ekiti elections had given them an environment to implement, and execute the dictates of the electoral law during the gubernatorial elections. Besides, the various primaries of the political parties became another litmus test for the Electoral Act, and its limitations, effectiveness and efficiency or otherwise were exposed. By this, the legal framework for the success of the elections were reasonably laid, checked, and accepted for implementation.

Legally, we expect an election body that is legally equipped for a free and fair election.  Beyond this, the electoral body had successfully registered new voters, upgraded the voters’ register across the country, and also created more voting centres for the forthcoming general and subsequent elections in the country. These efforts have resulted in the registration of 93,469,008 eligible voters in its voters register after the final cleanup that included the removal of double registration and underage voters. By this, the total number of eligible voters rose by 9,464,924 or 11.3 per cent from the 84,004,084 recorded in the 2019 general elections to 93,469,008 eligible voters in 2023.

It is also pertinent to observe that the PVC have been distributed, while the deadline for the collection of the remaining six million has been till January 29. Now, State Governors, Civil Society Groups, Political Parties and the Media would need to develop strategies and motivations for Nigerians to collect their PVCs before the deadline.

From the foregoing, it is evident that the choice of leadership in Nigeria rests mostly on the shoulders of the youths and middle-aged persons. These are the category of Nigerians that would be mostly affected for longer periods by the rule of those that would be sworn into office come 2023. Political apathy by these group of persons would result in the elders electing those whose policies may not favour the youths. In other words, when the youths fail in their responsibility of choosing the right leaders now, they may not have the temerity to complain in years to come.  Given the penchant of these category of voters for easy cash, INEC had expressed fears that cash for votes may be prevalent during the 2023 elections.

The body also understood that vote buying would in the long run render the emergence of the right candidates for positions extremely difficult, undermine fair electoral adjudication, and destroy the professional and independent conduct of INEC officials and other public agencies involved in elections. It is therefore imperative to note that if these categories of voters should shun vote buying, thuggery and other electoral vices, others who engage in such may not have the numerical strength to upturn the political decisions of the youths.

For the political parties, there may be the need to revisit programmes and plans in order to ensure that the youths are well catered for. In a true democratic society, where people are expected to vote for programmes and manifestoes for political parties, the party that seeks the wellbeing of the youths would normally have an edge over the others, given the numbers. Also, it would be necessary for schools to order their programmes in such a manner as to allow students travel to their various polling units to cast their votes. Given antecedents, the population of registered students is enough to determine who wins the coming elections. If the students also default in their responsibilities, then an ailing education sector may be their dividends with the daring consequences in the next four years.

Despite the preparations and achievements so far, the independent body has however expressed fears about the execution of the elections due to violence and attacks in several places in the country. This fear may not be borne out of the various arsonist attacks on INEC facilities alone, but also on the spate of kidnappings and killings in the country. The flashpoints have increased, and spreading across geo-political zones. Although, the fear of postponing the elections had been doused by the DSS and later rebuttals from INEC itself, it is true that this foreboding fear may affect voters’ turnout during the elections. Whichever way we look at it, the 2023 election is wrapped in the shadows of psychological violence and this in itself has provoked prophecies of interim national government. However, it is important that security agencies should work on this ‘information’ and prevent both the attacks and the attackers long before the elections take place.

Another fear-provoking issue is the manner that politicians openly deride and chide their opponents at the various campaign programmes. Cynical remarks about the personality and persons of opposing parties are ways of heating the polity. Except for gullible Nigerians, votes should not be determined by the strength of abuse of one’s opponents but by the quality of valid and workable programmes that parties and candidates present to the masses. It is high time Nigerians, and INEC insisted that all political parties must publish their programmes and manifestoes plainly on the various media platforms for all to see. Sentimental utterances are diversionary, repulsive and vain, and must be discouraged. We need to know in clear terms what we are voting for, rather than who we are voting into power.

2023 is our year of decisions, let us make the right ones.