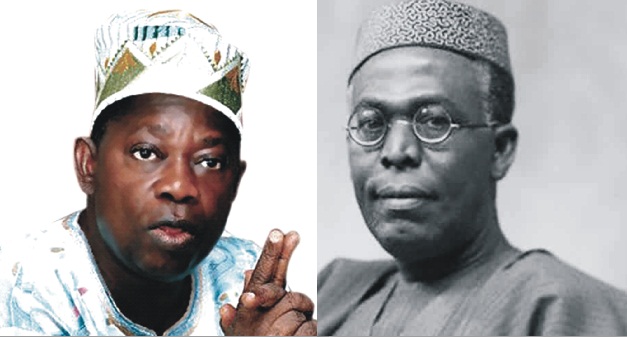 A maxim runs thus: “We make hay while the sun shines” Igbo, as a major ethnic group in the  country shuns this wise saying like a plague for a period too cold for comfort  in the build up to the general elections 2023 considered to be very distant away in the human reckoning.

No doubt, there is general apathy, anxiety and despondency hovering on the political firmament as a result of morbid insecurity, poverty, unemployment,  ethno religious conflict and mayhem stalking the society. What is worse, the apparent  and abysmal failure  of the government to proffer  panacea or mitigate the monstrous  hydra headed problem from swallowing the country in one fell swoop.

All this does not encourage every segment of Nigerian society   to be enthusiastic for the conduct of any general election in the foreseeable future. To  be frank and generally speaking, people are fed  up about  continuality of Nigeria as  a  united and sovereign federation, everybody to himself and God for all. This implies that general election may not hold after all.

Not  withstanding the skepticism and general anarchy looming around and in the political horizon, there is still some underlying and sporadic attempts on political process across the country in sensitizing the people to brace up and nip in the bud the lingering socio-economic and political logjam and to avoid the fait  accompli.

However, Igbo ethnic nation overtly evinces certain peculiarities not augury  for concerted efforts towards nation build. This is a sad historic commentary arising from dire consequences of the first bloody coup of January 15, 1966 tagged the Nigerian revolution and “Biafra’ war.

The aftermath of these gory and unfortunate episodes tragically brought down the erstwhile rising political influence and dominance of Igbo intelligentsia in the public service and political landscape into total eclipse.

It could not be denied that the political  vicissitudes and the attendant unavoidable 30 month old Biafra/Nigeria Civil war was a sheer misadventure and holocaust in human and material losses to both sides of the conflict. All hands must be genuinely on deck to progressively revive the momentum of transparent government in favour of Igbo elites, down to the grassroots Igbo must not forget in a hurry that chief Obafemi  Awolowo of  Action Group (AG) signed  a secret pact with Dr. Nnamdi  Azikiwe of NCNC at the London Constitutional talks in 1953. This could have transformed the west and the east into a republic of Southern Nigeria if the Northern delegation remained  intransigent to the call of self government for Nigeria.

However the secret pact failed because of  the wisdom of the British  colonial masters to  overwhelm the  Great  Zik.

The Action Group (AG) also worked with the likes of Mr. Samuel Goomsu  Ikoku, an Igbo socialist in the East All the political overtures which Awo and  his party AG generously extended to Igbo were far from being reciprocated. During electioneerings in 1959 parliamentary elections Awolowo and his team had some problems with  Eastern  Regional government  which denied him permits to land his helicopter and hold rallies in Onitsha and other major town in the East.

In Aba, some thugs threw Kerosene bomb on Awo’s helicopter to disrupt Awo’s campaign and embarrass or kill the old man. Only God saved Awo from air disaster that was politically and tribally motivated.

Awo  and  his UPN committed immense financial and material resources on Igbo and  promised them better deal perchance he won the 1979 presidential polls. Unfortunately Awo recorded dismal failure and defeat in the East when the results of the ill fated election were trickling in.

Also, Chief  MKO  Abiola, the business mogul turned presidential candidate in the defunct Social Democratic Party (SDP) merely garnered negligible  votes in Igbo dominated South Eastern states of Nigeria. Even in spite of the acclaimed philanthropic and generous gestures of MKO Abiola that knew no barrier, be it social, ethnic, religious and  other considerations.

What a calamitous tribal prejudice  thoughtlessly  unleashed to blind  fold a nation  that stands on its head!

It is high time for Igbo nation to re-strategize for the rebuilding of a progressive country devoid of vitriolic bitterness. We must scrupulously and practically uphold egalitarianism  as the only watchword for good governance with the unity and cohesion of the nation inviolable and sacrosanct.

Although it is belated, it is still heartwarming and welcome development that  Igbos have come to realize that the ruling All Progressives Compressive (APC) has brought a lot of good will to the South East.

There is massive infrastructures, second Niger bridge, the expressway from Onitsha to Port Harcourt are all completed and there are lots of good things to come if the people of South East key into the ruling  APC for continuity come 2023.

The only snag which must be removed at this momentous juncture  of our nationhood in the recent statement credited to the Chief Whip of the Senate, Dr. Orji Uzor  Kalu.

He called upon the APC National Working Committee to reveal its 2023 zoning formula. According to him, this would guide aspirants to avoid litigation ad disagreement on the primary   election.

To start with, presidential   primary in the ruling APC should not primarily a matter  of ethnicity and must not be shrouded in secrecy  or mystery.

It is an open and transparent issue in a disciplined political  out fit anchored on party supremacy.

Presidency, should b stressed, is not a matter of   do-or-die.  Neither a prima facie  evidence for the holder to  benefit his kinsmen or women to the utter detriment of  others less privileged to attract the cynosure of presidential villa.

To the arch-tribalists and ethnic irredentists the late sage Awo warns. “Executive presidency of Nigeria is an office which should not be adventured lightheartedly or recklessly or with one’s mind suffused and dominated with self regarding ethno-centric or tribal prejudices, predilections or partial affections”

A word is quite sufficient for the wise!