2023: Nigeria’s unity must be preserved 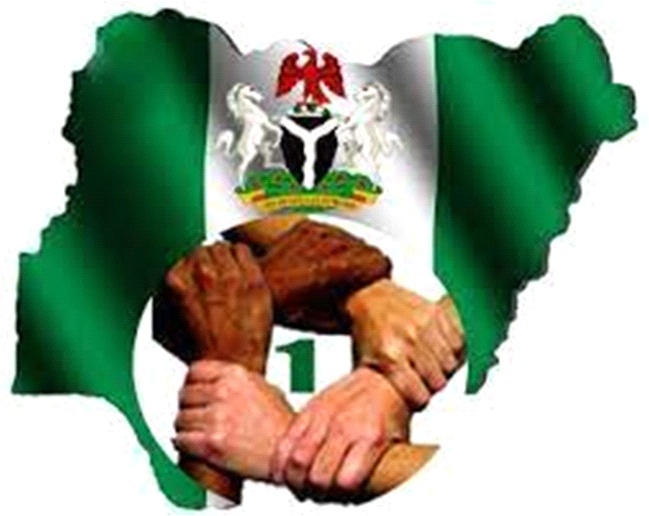 The persistent and strident clamour for outright dismemberment of Nigeria to its various component parts, or to buy the word “de-amalgamate” now in vogue, is totally uncalled for and a joke carried too far at this crucial juncture of our nationhood.

This dangerous and dispirited call is gross disservice to and spite on the ongoing hectic preparation for the forthcoming 2023 general elections when all hands are to be on deck to deploy all time, energies and talents on how to rejig and rejuvenate the nation for effective governance.

When we must look forward to exploiting the nation’s rich potential for the greatest good of the greatest number of our teeming population wallowing in abject poverty, want and underdevelopment amid abundant plenitude.

It is very curious and impertinent to note that those who are supposed to know better and have previously occupied important theatres of public life in the country dramatically sold themselves agents provocateur and prophets of gloom.

Without relenting, some deploy their privileged positions and high status in disseminating foul and fatal information out of proportions; and globally malign the image of the country in unfavourable light.

For instance, Professor Banji Akintoye, Emeritus Professor of History and Second Republic Senator who has not officially renounced his hard won title of being elected senator of the Federal Republic, suddenly turned a maverick.

Is the nation really deficient of proficient managerial skills and martial ardour of the erstwhile nationalist politicians that wrested political independence from the British Colonial overlords, though on the platter of gold?

Why did our leaders, past and present, turn lily-livered cowardly capitulate, thus wanting to cede our hard earned independence, sovereignty and patrimonies to the blood stained hands of Fulani marauders and encroachers who trample on our territory with impunity?

Where lies the dexterity, political ingenuity and efficacy in the legacy of education which Obafemi Awolowo and his lieutenants  bequeathed to Yorubas and people of the so-called Niger Delta, from Lagos to Asaba of old Western Nigeria Action Group (AG) led administration.

It is very ludicrous and unthinkable for Papa Akintoye to write President Buhari if actually it emanated from the revered elder statesman that “Yoruba people” want to officially disengage and leave Nigeria over killings by state-sponsored “Fulani” militia.

Why are we dignifying Fulani immigrants when all the ethnic tribal nationalities collectively subscribe to the unity and indissolubility of Nigeria with the slogan of one nation, one destiny, coined by illustrious Awo.”

However, the omens are bad for the conduct of government business, apparently on reverse gear, showing signs of moral asinine weakness and inept leadership both at the top government and ruling party’s hierarchies.

There is downright incapacity, incompetence and iron determination and resolve to work in concert for the unity and progress of the country no matter whose horse is gored.

The major problems of insecurity, ethno-religious mayhem, ritual killings, youth employment, poverty, corruption etc pervading the country are indeed beyond the ken of the present administration.

To contemplate a dangerous and unrealistic option to impair and violate the integrity of one Nigeria will definitely write off the present generation of rulers as political liabilities who either out, of self seeking political mischief or plain leadership deficit or both presided over the collapse of the country.

As a result of the lasciviousness, moral turpitude, roguery and theft rampant in government, some social villains and undesirable elements across the nation transmute into undue heroes determined to hijack lawful government and in the process reduce the entire nation to the rubbles on the aftermath of their nocturnal, nefarious activities and gangsterism.

Yoruba as an ethnic nationality is a race within the context of Nigeria’s federation ably struggled for and crystallized by the heroic efforts of Awo, Zik and Sir Bello, the redoubtable and acclaimed founders of independent and sovereign nation.

From the onset, Yoruba nation as an integral part of the federation, we solemnly declare and believe unshakably and fervently in the inviolability of the country as an indivisible political and secular entity, run purely in the true principle, practice and spirit of federalism and strenuously canvassed and advocated by the late sage, Awo.

“If a country is bi-lingual or multi-ligual, the constitution must be federal, and the constituent states must be organized on linguistic basis.

To salvage Nigeria from the peril, decay and avest unavoidable bloodshed, mayhem and violence arising from misrule and gangsterism, this concise principle of true federalism, expounded by Awo, must without further delay apply to Nigeria, to preserve the unity and territorial integrity and corporate peaceful co-existence of the nation as a workable federal union.

On the strength and resilience  of federalism to douse the present tension in Nigeria, a one-time public affairs commentator contended as follows: the strength of any federal constitution lies in its capacity to foster national integration and unity; while the individuality of the components of the federation is preserved.  It must provide for the happy equilibrium between the interests of the national unity and regional autonomy.

“Whether or not this equilibrium is provided is a function of three (3) important! (1) How the activities of the Federal/State are shared between the centre and member-states. (2) The financial and executive capabilities of individual member-states to carry out their share of activities. (3) The intensity of formal and informal centripetal pull.”

We must stringently and pro-actively apply our brains and brawn to address myriad of problems of governance headlong and proffer lasting solution.  To run away from the reality by chasing the shadow for substance, is to postpone doom’s day and to meet same problem in more virulent and sinister dimension than hitherto.