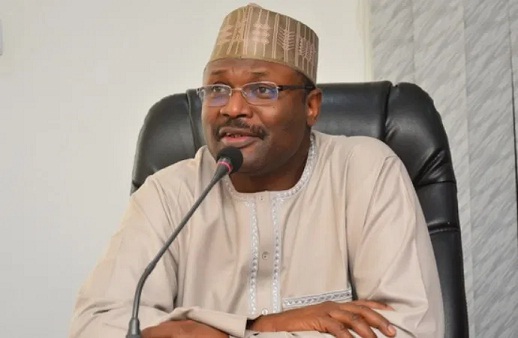 The Independent National Electoral Commission INEC has said that anyone without the Permanent Voters Card (PVC), will not be allowed to vote on the election days.

Okoye, who was represented by the Administrative Secretary of the INEC in the State, Mr. Oyekola Oyelami, said the PVC is the only license to voting and that anyone without it  should not just move close to the voting points to avoid being arrested by security agents.

Okoye enjoined journalists to do more on voter education and public enlightenment in the context of the electoral legal framework and the processes and procedures pertaining to the election.

According to him, the media must be conversant with the processes and procedures of the Commission as well as the dynamics at play in the conduct of elections.

Okoye added that in the interest of the country, the media should always seek for official clarification on germane and serious national issues, especially when electoral matters are involved, instead of relying on the opinion of unnamed officials of the commission.

In his goodwill message, the State INEC Resident Electoral Commissioner, Dr.Rufus Akeju, pointed out that the conduct of the forthcoming elections is a collective venture that involves not just the Election Management body but also the media.

He, therefore, said that journalists must play the role that is expected of them to avert breach of peace by being objective and neutral in their reportage before, during and after the 2023 General Elections.

The President of NUJ, Chris Isiguzo called on journalists to work towards the advancement of the right of freedom of expression, access to information, freedom of the press, media independence, conflict transformation and peace building as prerequisites for open governance and development, which ultimately serve the public interest.

Represented by the NUJ National Trustee (South-south) and General Manager of Radio Nigeria Bronze FM, Benin City, Mrs Bimbo Oyetunde he explained that media have a vital role to play in nation building, by being active partners in the implementation of the development processes.