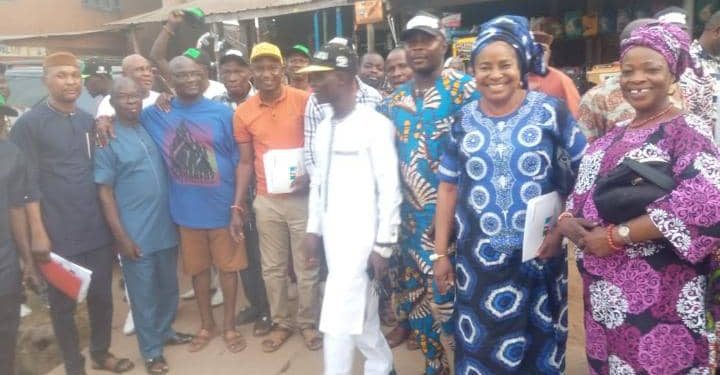 In furtherance of his unwavering commitment to ensuring APC wins in the forthcoming election, the Director General of the Campaign Council of the All Progressives Congress (APC) in Okitipupa Local Government Area, Mr. Olufunmi Alex Gbologe has inaugurated sub-committee members to work assiduously for the success of the party.

At the strategic meeting held with stakeholders in the LGA, Gbologe who was a former Special Assistant to Ondo State Governor, Oluwarotimi Akeredolu inaugurated drivers union sub-committee of present and former union leaders across all wards in Okitipupa LGA.

He also inaugurated student sub-committees of former and present union leaders within the student community to help in canvassing for support and mobilization of students within and outside their campuses.

Empirically, Okitipupa LGA is mostly populated by Christians, however, to give the Muslim community sense of belonging and further uphold the principles of democracy, Gbologe also inaugurated a Muslim community sub-committee to help reach out to its members across Okitipupa and beyond.

The Director General, however, charged the newly inaugurated members of the various sub-committees to work assiduously and untiringly for APC in Okitipupa LGA.

“I implored the newly constituted sub-committees members to see their inauguration as a call to serve because what is worth doing is what doing well,” Gbologe said.

Meanwhile, members of the newly inaugurated committee appreciated Mr. Gbologe for finding them worthy of what they described as a rare privilege to serve the party and contribute their quota.

However, members of the sub-committees reiterated their support for the party’s victory at all levels in Okitipupa in the upcoming elections.