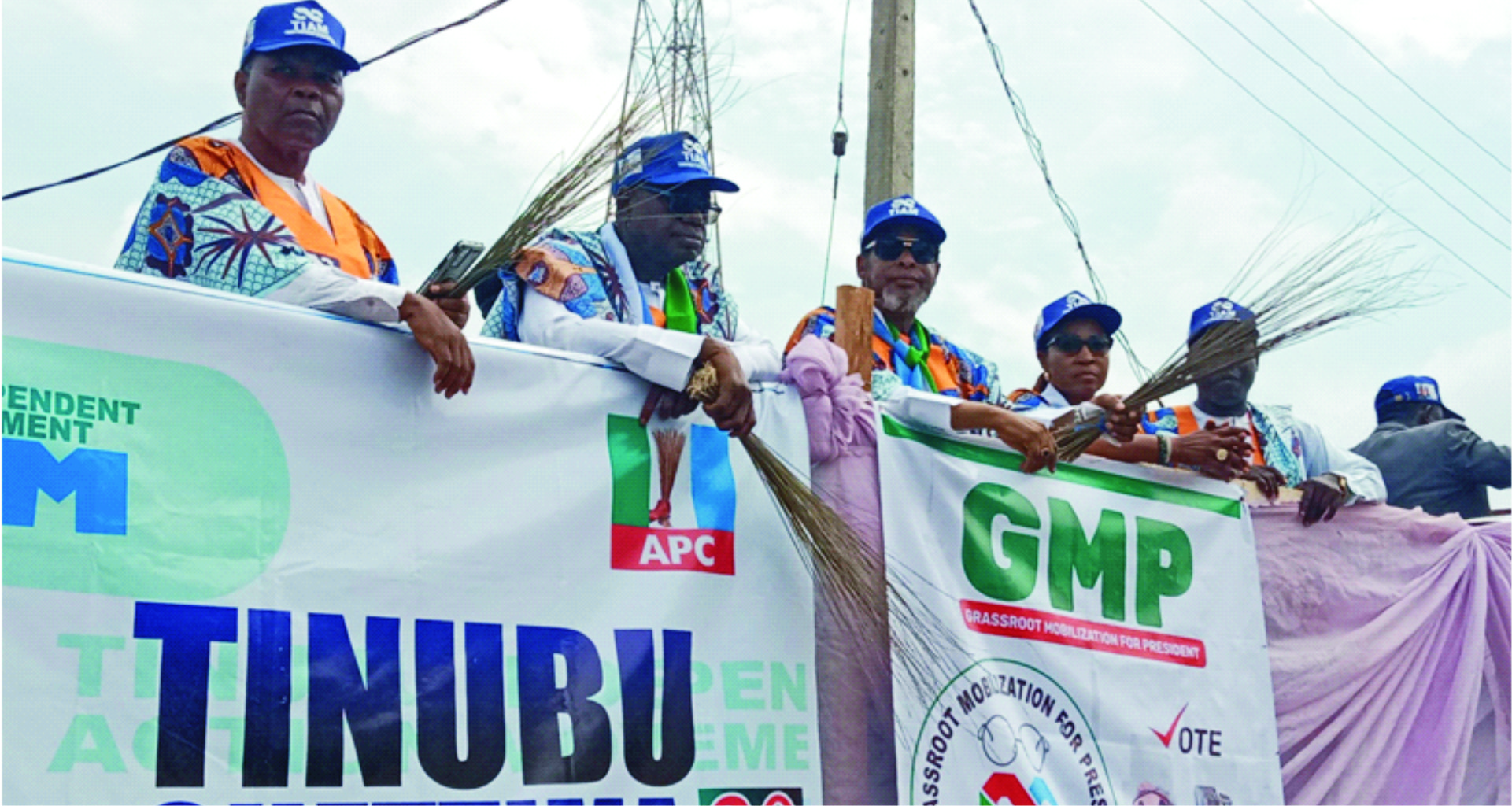 From left: members of Tinubu Independent Action Movement, Demola Ijabiyi, Minister of state for Niger-Delta Affairs, Senator Tayo Alasoadura, Deputy Senate Majority leader, Senator Ajayi Boroffice and other members of the group addressing members of the APC during the campaign rally in Akure

political group, Tinubu Independent Action Movement, TIAM, at the weekend held a rally in Akure, the Ondo State capital to show solidarity and support for the candidate of the All Progressives Congress, APC, Asiwaju Bola Tinubu and his running mate Senator Kashim Shettima and the party for the next year presidential election.

The walk, which involved members and supporters of the party was led by party’s stalwarts including Minister of State for Niger-Delta Affairs, Senator Tayo Alasoadura, Deputy Senate Majority Leader , Senator Ajayi Boroffice, former Governorship candidate, Olusola Oke and a chieftain of the party and political strategist, Demola Ijabiyi among others.

It kick started from llesa Garage to Fiwasaye Girls’ Grammar School and ended at Akure Town Hall,  venue of the rally.

Addressing the crowd, the Chairman of TIAM, Senator Alasoadura said Tinubu has plans to transform the country for prosperity.

He added that Tinubu is capable of turning the country around by replicating his tremendous achievements when he was governor of Lagos state in the country.

Alasoadura said the movement was independently created to mobilize massively for the presidential ambition of Asiwaju Bola Tinubu not only to win in the state but to emerge with landslide victory.

“We believe that the presidential candidate of the APC will win in Ondo State and Nigeria in general. This informed us to mobilize people from house to house for the election.

“Ondo State will stand to gain better position at the federal level when he is elected as the next president.

Also,the Deputy Senate Majority Leader and Deputy Chairman of the group, Senator Ajayi Boroffice described Tinubu as a reliable person who deserves to be the next president based on his antecedents of boosting the Internally Generated Revenue of the Lagos state from N600 million to 51billion.

Boroffice noted that when Tinubu is elected as president, Ondo State will have much to benefit from his government by converting the bitumen in the state to another source of income and reviving the moribund industries.

“Deep Seaport will also be worked upon to create employment for youths and discourage them from “Japa,” he said.

He advised the crowd to embark on aggressive house-to-house campaign before the general elections.

On his part, former governorship aspirant of the party, Oke expressed hope in the candidature of Tinubu to produce clean Nigeria like he did in Lagos as former governor.

“We believe he has the capacity ,vision and connection to turn the country around. This is the reason few of us as leaders decided to come together to mobilize our people to vote for Tinubu and APC.”