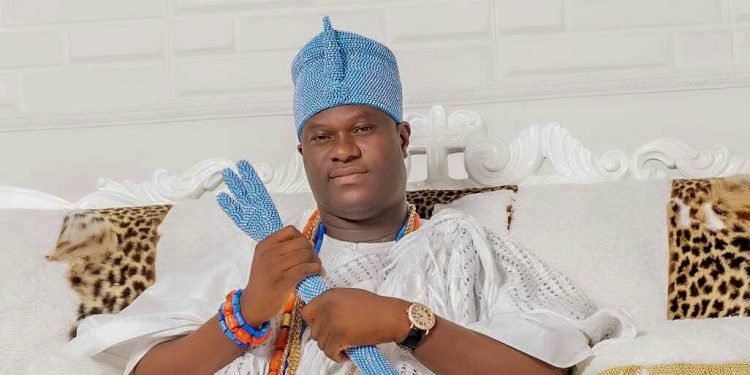 The Ooni of Ife, Oba Adeyeye Ogunwusi, Ojaja II, has charged the Independent National Electoral Commission (INEC) on the successful conduct of the forthcoming general elections.

Ooni gave the charge while playing host to the Osun State Resident Electoral Commissioner (REC), Dr. Mutiu Agboke, in his Palace, on Friday, in Ile-Ife.

While reaffirming the traditional institution’s support for INEC, the Ooni stressed that the future of over 200 million Nigerians rest heavily on the outcome of the poll.

“I wish to laud this current administration for providing the needs of INEC and I also commend the INEC for the introduction of high-powered technology to our electoral lives.

“If you ask me, INEC has no reason to disappoint Nigerians and I want to believe that, that won’t happen.

“The last election which held in Osun is enough as barometer for INEC to discover and overcome all possible hitches in its system so that we can have a perfect election.

“The rumour that the election could be postponed has caused a lot of panic in the system but I am also glad that INEC has debunked it and assured Nigerians that elections will hold as scheduled,” he stated.

Earlier, the Osun Resident Electoral Commissioner, who was on an advocacy visit to the palace, commended Ooni on his fatherly role.

Agboke said that all measures had been put in place to ensure a free, fair and credible general elections.

He said that gone are the days when voters would be expecting the results for days, because presently in Nigeria, where you vote is where you’ll see the results.

“People’s votes are now counting through the introduction of technology to electioneering processes and that is why INEC is building on this achievement as we go into the forthcoming general election,” Agboke said.

The Osun REC, however, lamented the refusal of some Osun residents to collect their Permanent Voter Cards.

“In Osun State now, we have 400,585 PVCs uncollected; these PVCs are enough to make someone a member of the National Assembly.

“One of the reasons why I am here is to solicit Your Majesty’s support and help us talk to our people to collect their PVCs.

“I have also come to assure Your Majesty that nothing will determine the winner in the forthcoming elections except from the electorate in Osun,” he said.

He maintained that the era of manipulation and result forging had gone for good.

“Our Bimodal Voter Accreditation System (BVAS) is the game changer for this coming election; everyone must be accredited by this machine and no one will be allowed to vote without accreditation,” Mutiu said.