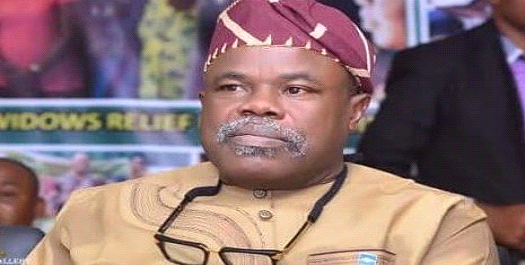 As the general elections approaches, the Ondo State House of Assembly has called on the electorate to shun violence during and after the elections.

The House particularly urged the youths to be law abiding and conduct themselves peacefully for free and fair elections in the nation.

According to the lawmakers, only in an atmosphere of peace and orderliness development can take place.

The House at a plenary presided over by the Speaker, Bamidele Oleyelogun pledged that as it resumes from recess,it will not relent in playing its roles as a good representative  as well as making people-oriented laws.

Speaking on a matter of public importance, the House  commended the Academic Staff Union of Universities (ASUU) for calling off its eight months old strike, urging them not to go on another strike  in the interest of Nigerian students and national development.

While appreciating the Minister of State for Transportation, Prince Ademola Adegoroye for his hospitality during the visit of a delegation of the House of Assembly led by the Speaker to his office in Abuja, the House informed that he had assured the people of Ondo and Ekiti States that the Federal government had not abandoned the reconstruction of the Akure-Ado Ekiti road, adding that the proposed Deep Sea Port in Ondo State would soon become a reality.

They  also felicitated with Ekiti State for  successfully swearing in a new Speaker for the state assembly.

Earlier, the Majority Leader, Oluwole Ogunmolasuyi had moved a motion for the matters to be discussed on the floor and was seconded by Mohammed Taofik.

The Speaker welcomed back the lawmakers from  recess and appreciated their  selfless services and contributions to the overall interest of the people of the State.