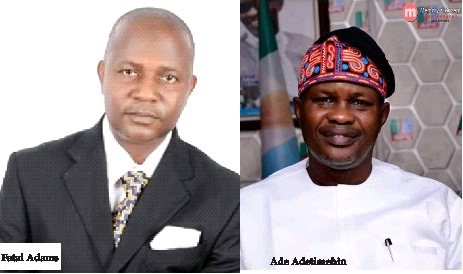 As the 2023 Presidential election fast approaches, the two leading political parties in Ondo State, the All Progressives Congress (APC) and the People’s Democratic Party (PDP) have expressed their preparedness to win the polls.

In separate interviews with The Hope, the parties said they were putting strategies in place to ensure victory come 2023.

The Publicity Secretary of the All Progressives Congress in the State, Alex Kalejaiye said that APC’s preparation is ongoing, adding that the party has already commenced the process which according to him has made progress so far.

Kalejaiye who said  some issues which resulted from the last primaries, have been resolved ,so as not to ruin the chances of their party during the coming election.

He said, “after the primaries, there were so many uprisings at the state chapter. As a human being, if your interest is not properly captured, you are likely to put up some kind of protest or problem.

” The party considered it first by setting up a reconciliation committee under the chairmanship of the former Deputy Governor, Alhaji Lasisi Oluboyo. We put up a 7- man committee and the essence is to reconcile all aggrieved parties, bring them all back together on board so that we can prevent the unforeseen issues when the campaign commences properly.”

“In the North, Central, South, they have made a lot of progress. So many people have come to the party secretariat to verbally express their grievances and informed us of what they plan to do, but from the intervention of the committee, we confirmed that the committee has resolved them and we have reorder good progress,” he said.

According to him, “It has started in the North Central zone of the APC, we started meetings and once they meet, they take it back to the local government and the wards.

“We are trying to put our house in order. Secondly, we mobilized so that when the campaign commences, it will not be a 5-man affair. We can have impressive rallies at each point, and no local government will be left out

Also speaking, the Publicity Secretary of the People’s Democratic Party(PDP) in the state , Mr Kennedy Peretei, said preparations are in top gear for the party’s campaigns which will commence on   September 28 according to the INEC timetable.