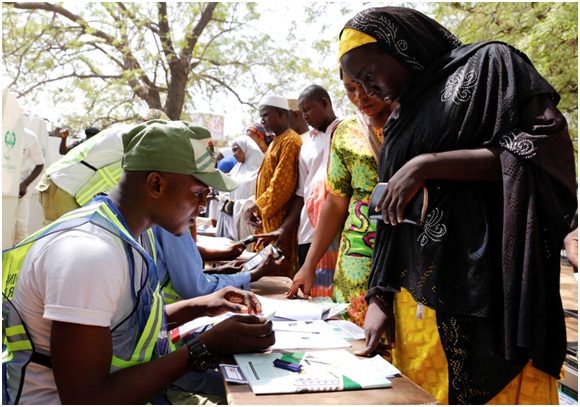 A larger percentage of Nigerian elite do not vote, but prefer to be critics rather than being active participants in the nation’s electoral process, The Hope findings have revealed.

The Hope gathered that 70 percent of the nation’s elite who are comfortable do not see the need for queuing under the Sun or risk the possibility of any outbreak of violence during voting in order to participate in the electoral process.

It was also gathered that a small percentage of the elite, especially those in the academia, security agencies, medical sector, Corps members, journalists are often engaged in electoral and official assignments on election day which also denied them the opportunity to vote.

The Independent National Electoral Commission, INEC, once declared that out of the 82,344,107 million people who registered for the 2019 general elections, less than 30,000,000 million actually voted during the election

In Ondo State, INEC also declared that out of the 1,822,346 million people who registered for the 2020 gubernatorial election in the state, less than 500, 000 cast their votes on the day of election.

Prof. Olugbemiga Afolabi identified three basic reasons the elite do not usually participate in election, even though they will lament after the polls.

“The first one has to do with the prevailing political climate; they do not believe that their votes would count.

“The second reason, is the fact that most of them see themselves as lords and kings. This could be summarized as, having a sense of entitlement.

“The third one is the issue of class. Most big men feel why should they mix with those below the ladder in the society,. They tend to class themselves above the common man.

The political scholar noted that many of the electorate also don’t vote due to violence, noting that 30 percent of those that come out during elections are probably those whose votes have been paid for.

“At the polling units, you will discover that security men do not bear arms. So, most people stay away because if there is violence, they are on their own and even the ruling party will do nothing to assist them,” he said.

Also, Dr Damilola Agbalajobi said: “Most elite do not value the importance of participating in election because the political arena seems to be filled with so much violence.

“Since politics itself is violent in nature, you will hardly see people who have the basic necessities of life coming out to vote because they see protection of their lives as paramount to them and that is why you see more of area boys, looking for peanuts on the election day. All they want is the immediate gain without considering the consequences.

You remember the Kogi woman who was contesting for a political post and was attacked and burnt to death. How many people are ready to lay down their lives because of election?

“I had the privilege of working as adhoc staff, returning officer for INEC and even at that, I need to hide under tables and chairs for protection, so for the sake of safety, those that have the basic necessity of life will rather stay home.”

He added that many Nigerians are disgruntled and because they had been denied the dividends of democracy for so long, they developed apathy for voting

Dr Kolawole Aliyu, said one of the factors responsible for vote apathy is personal. “When I say personal, I mean a situation where you have not seen any candidate that is satisfactory to you among all the contestants, one might decide not to vote as a result of this.

“Location is another factor, as a civil servant for instance, one might have been transferred from where he previously works and the period you are expected to transfer your PVC might not work well.

Dr Bayo Fasunwon in his comments said “there is no doubt, those who vote in Nigeria are mostly those below the middle class who are often the market women.

“One of the reasons why the elite do not vote is that they are more critical than participative. Also, the voting condition in Nigeria is not favorable enough, the fact that they have to queue under the sun and at times have to argue with the people they feel are “lesser” than them prevent most elite from voting.

“Mostly, the elite are ignorant of what they should do. They failed to realize that voting will encourage others. Imagine seeing a Vice Chancellor on the line waiting to cast his vote, it will definitely encourage others but most of them feel they are too big to participate in the voting process.”

In order to improve voting participation in Nigeria, the political scholars  canvassed for more polling units that are accessible to the electorate without having to move far distance on election days.

They also recommended decisive measures must be taken to drastically reduce violence that usually erupts during election.

They advised the Independent Electoral Commission to make the voting process less cumbersome and prompt as a means to prevent electorate queuing under the sun for a long period of time.

Professor Olugbemiga Afolabi charged the government to do all within its capacity to bring an improvement to the security of lives at the pooling units.

“As highlighted earlier, many elite do not vote because of the fear if violence at the pooling units, the government should be awake to its responsibilities of providing enough security operatives at the various pooling units during election.”

Dr Fasunwon also said the political parties should ensure that they educate the populace on the necessity and the importance of voting.

“The various political parties must see it as their responsibility to enlighten the  elite on the reasons why they need to participate in the electioneering process.

Dr Kolawole Aliyu urged the government to increase the number of period expected for voters to transfer their PVC in cases of relocation.