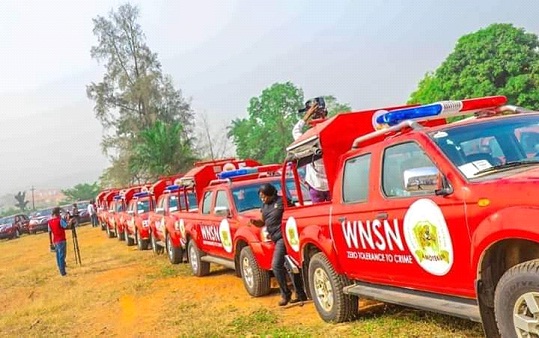 No fewer than 4,000 applicants have applied for the vacant 1000 jobs in Ekiti State Security Agency codenamed “Amotekun Corps”.
The security outfit had last month invited interested persons to apply for the job.
A source close to the governing board of the security scheme in Ekiti state, said the corps will soon invite the applicants for interview.
The successful applicants will be invited for interview that will be conducted by an independent body.
He stressed that members of the governing body would not be part of the committee that will conduct the interview for the applicants, saying, “people who have the idea will do a thorough job for us to achieve the expected results.”
According to him , “We have closed applications for Amotekun job in Ekiti state with 3443 applications. We are at the stage of sorting out the applications we have received. We will invite people for interview very soon.
” Let me tell you that we are constituting a body of people with proven integrity that will conduct the interview session after inviting the successful ones. People who will not be biased or compromised the process because this stage will be important on how far we will go in this assignment.”
The corps commander maintained that the management of the Security outfit would be above board in employing qualified people who will be willing to work in securing the lives of people in the community.
He advised residents to cooperate with the personnel that will be deployed to their domains towards ending the waves of kidnappings, killings and other heinous crimes in the state.