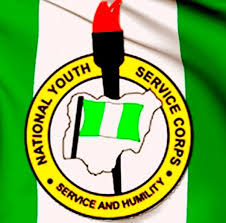 By Femi Atolagbe
|
Six Ondo indigenes, who served in other states have been awarded Presidential scholarships to PhD level and automatic employment.

The six were among over one hundred national youth service  corps members who distinguished themselves in the states they were deployed for the compulsory national service.

The sixth Olamide Adeleye was absent at the ceremony.

At the National Presidential NYSC Honours Award in Abuja, President Muhammad Buhari said the awardees have shown that there are still good things coming out of Nigeria.

Represented by his vice, Professor Yemi Osinbajo,  the President commended the brains behind the formation of NYSC, saying it is helping to foster a united Nigeria.

Addressing the six awardees of Ondo State origin, Governor Oluwarotimi Akeredolu thanked them for being worthy ambassadors of the state.

Arakunrin Akeredolu, who was represented by Commissioner for Youth and Sports, Mr. Saka Yusuf Ogunleye said the youths are a pride of the State.

It is time you come and replicate such at home to make our state a better place.

We will be ready to receive you back home.”

All the awardees expressed their readiness to contribute their quota to the development of their fatherland. Iluyemi is a graduate of Agric Economics and a consultant in his chosen career.