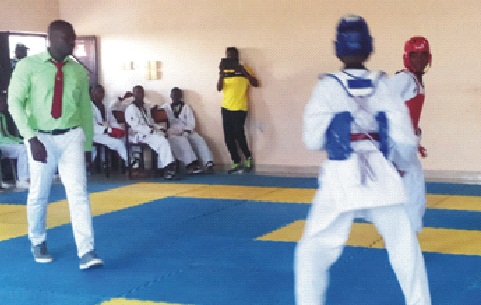 Dorcas Dauda, has ended Kano’s gold draught at the ongoing National Youth Games in Ilorin.
Dauda clinched gold in Women’s 42 kg wrestling yesterday evening to get the state gold .
Dorcas at the university of Ilorin indoor sports hall, beat her opponent from Bayelsa to win the first gold to be recorded by Team Kano at the games.
It was and ecstacy of joy at Kano camp , following the arrival of the highly precious medal, which has continued to elude the state, after reaching the final stages of some events, only to settle for second place.
Meanwhile, Abubakar Laden ,Ammar Laden, Comfort Simon and Endurance Ojal increased the state’s silver to four with their triumph in five game boys and girls and a bronze in Same game.