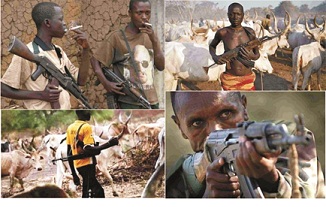 By Theo Adebowale
|
1970s in Ibadan, Rondorondo was a popular magician. He did not have a time table that was made public. One could come across him usually in the afternoon anywhere around Adamasingba, Salvation Army Road, Ekotedo, Dugbe Alawo or Gbagi. Some music, some dance by some youngsters, and the people started to gather. Some in the gathering were actually members of the magicians party planted to influence on-lookers, and to gather intelligence.

A platform was set, and Rondorondo himself appeared. He spoke into the atmosphere perhaps in an Asian tongue. Then he made some gesture to the atmosphere and commanded, and a bowl of rice, steaming hot, was delivered by nobody before our ‘korokoro’ eyes. He picked a boy from among his audience to have a sumptuous meal. We envied the lucky boy or girl.

Someone stepped out and, the lucky fellow chose right. He got double the investment. Another stepped out, as he attempted to pick, there was a chorus from a section of the audience, he picked wrong. There were more attempts, few lucky. Then a bold man or woman who must be on a mission to Gbagi, or Dugbe, or even Lagos stepped out, determined to win big. Though there were some wins, some losses, every big attempt like staking one pound, or more resulted in a loss, marking the end of the performance, and disappearance of Rondorondo.

One day, they were not lucky. A soldier’s wife was their victim. Before they could disappear, a truck load of soldiers arrived. The magician and his men were packed with their equipment into the van. Off, they were driven to the Army barracks where there would have been whipping and gnashing of the teeth. For a long while, Rondorondo was not seen. Because, we are talking of a big city, he might set up his theater in some other part of the land of street fighters!

Still in Ibadan during the same period, there were cases of abduction at dawn. Young women, boys and girls would leave St Stephen’s, Ode Oolo, Ire Akari, for Omitowoju, Adamasingba or Mokola in search of water. One of the damsels would be abducted and the rest would flee often abandoning their buckets. A few hours later, we would get to know that she had been taken to her bridegroom, usually an elderly man whose several advances had been turned down, but the father or parents had consented to abduction as the preferred approach to consumation of the matrimony. At a later date, sometimes years, the relationship would be formalized. This practice was prevalent in traditional Ibadan quarters from Oniyanrin to Oopo Yeosa, to Beere, Kannike, Aperin, Olomi. But whatever remained of the practice must by now have been swept away by Fulani herdsmen. Or who would want to be identified as an abductor where there are kidnappers and bandits?

One no longer comes across Rondorondo or another set of magicians on the streets of Ibadan or elsewhere. With the naira so low in value, it would not be worth the while to double fifty kobo or even five naira. Fraudsters have shifted online, and many have gone political. Towards the first election we participated in during military democratization process, starting with local councils, candidates moved from room to room, flat to flat presenting themselves as our children, requesting for our votes. Then came party politics. For 1979 elections, Unity Party of Nigeria and National Party of Nigeria were the most visible in Ibadan and South West Nigeria. They engaged in pamphleteering, the UPN, the more. The party itemized four cardinal programmes. There were regular party meetings. Residents in Eleyele then, we attended ward meetings regularly where we learnt the party ideology, party programmes, and our candidate.

When the opponent’s propaganda came like a mud, the spirit of Awoism raised the standard against it. Only leaflets and pamphlets were distributed at meetings but every party member or sympathizer would effectively market the party and the candidate. In return, we were sure that primary and secondary education, health services would be provided free by government. No vote buying or selling. The level of violence was minimal compared to the moment. Voting, collation, counting were manual. Manipulation was manual and minimal. Today, electoral fraud has gone haywire. They even talk about hacking into INEC website. Financial fraud being perpetrated electronically in the short run does not pose danger to neighbours as no firearms are involved. With political authority over public funds though millions and billions of naira could be moved from public to private accounts within a twinkle of an eye. But that strategy is reserved for the privileged. Whereas Rondorondo mesmerized or hypnotized his victims to collect their possession, that amounted to nothing now. There were Babatunde Folorunso, Oyenusi, Oredein and Iyamu who robbed for a living. These days, there are robbers who use the pen and the computer but the violent ones employ sophisticated firearms and dynamites to blow off bank security doors, vaults and Automated Teller Machines. They blow police officers, bank customers to smithereens.

In those days, Christian missionaries went on mission with truck loads of tracks, bibles, dresses and food to preach the gospel and bring men to Christ. In today’s world, Islamic extremists are on the prowl with their foot soldiers targeting Christians and churches, ‘soft’ moslems and clerics to blow up in mosques. It is their chosen path to aljana where they would enjoy the leisure forbidden while they live. Over there, tens of maidens would be provided for their enjoyment and they could have intoxicants aplenty. While the UPN indoctrinated members into the cardinal programmes and marketing candidates, religious bigots now brutalise victims to surrender and become suicide bombers. Politicians campaigned to acquire authority over the state, fundamentalists stage violent campaign to conquer territories, terrorise and brainwash residents to surrender their sovereignty.

Maidens are no longer abducted in Ibadan communities but the strategy has been acquired by Fulani herdsmen and Nigerian politicians. While Fulani herdsmen operate on the highway to stop travelers and take them into the bush, politicians abduct electoral officers and result sheets to doctor electoral outcomes and destroy ballot papers, to render null and void the preference of the majority. Politicians buy votes so they can loot the treasure in ‘good’ conscience because as if it were from Rondorondo, they have the whot card color red from the electorate for a price and they must make a profit which is the content of the public treasury. Public servants may forfeit their wages, public facilities may collapse and insecurity prevalent, once the politician can gather a few miscreants and hypocrites with unlimited access to mass media and the new media, he could have the mandate for as long as he chooses.

The weapons of their warfare are spiritual, carnal and electronic for them to overcome and outshine champions of old magical, criminal and political. Going by their desperation, they are determined to stay in charge and be succeeded by their offspring. There must emerge a new generation of operators with no tolerance for criminality anywhere for whatever purpose.

As it were, only a cultural revolution can halt the hurrying into perdition. If the old strategies of obtaining by pretence, abduction for marriage, armed robbery and treasury fleecing, much more electoral fraud are assuming electronic and sophisticated dimensions, there is need to look inward for a movement with a religious propensity, that can cleanse the mentality of the people of all corruption and compel them to flee from all appearance of extortion and abduction. Doctrines, practices, objects and totems of the ancients that make acceptable what is good and right; that denounce and forbid what is criminal and destructive must be adopted and promoted to replace whatever have been ineffective or castrated.

It is not for nothing that Europe and the Americas have found alternatives in Yoruba traditional religious practices. They must contain a treasure for the health and comfort of Omoluabi.