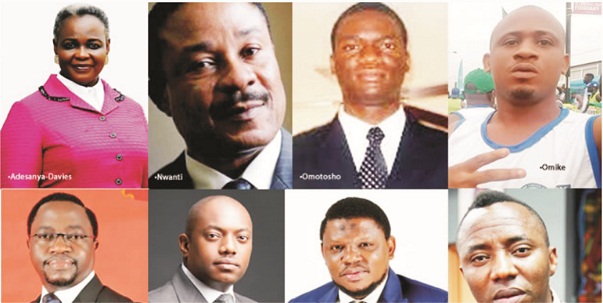 By Theo Adebowale
|
Corruption is a national malaise that quietly infects, pervades and consumes a system.  It has spread across and eaten deep into every cell of every stratum of the Nigerian society.  Its nature is that it has found a conducive atmosphere in the mentality of the people becoming an ideology in its own right.  Corruption is accommodated in impatience of a people who were naturally given to pleasure, and pleasure seeking.  It is battering the communities as failed roads cause accidents delivering causalities as corpses and inmates of orthopedic hospital. Ill equipped institutions churn out manpower whose incompetence produces grievous negative results at the expense of the good life.  Insecurity is boldly written everywhere as some officers of the law facilitate lawlessness and help criminals to multiply and prosper in the land.  It is frightening that the youth who are supposed to be conscience of society, might, excellent in honour have refused to excel.  Some youths publicly declare that whoever makes the highest offer, gets their votes even if the offer is from proceeds of corruption.

It is worrisome that while a section of the youth complains of exclusion from political leadership, there is no mention of those who are privileged to occupy political offices.  Or shall we refer to the leadership and visible members of the National Assembly as old?  With their education and privileged backgrounds the youth in public offices as Governor, Senator, Representative, Assembly men, Council Chairman and Councillors, the Nigerian youths have been uninterested, or bereft of ideas as to how to bring about socioeconomic development.  No wonder, the youth are behind examination malpractices, money rituals, political fraud, financial crime, assassination, drug peddling and human trafficking among others.  Those of them that do not participate in these ventures or prefer an alternative are found in daring expeditions like transcontinental voyage to Europe.  They seem to be bereft of useful ideas because the cost of executing the plot to trek to Libya, cross the oceans to Spain is by far much higher than embarking on, or starting a business at home.  In these hard times, not a few other youths have been able to start or execute businesses with a hundred or two hundred thousand naira, which have since become success stories.

The vigour and resources invested in the campaign that produced the Not Too Young To Rule Bill, signed to law is further evidence that the Nigerian youth is not intellectually inferior to youths in other climes or earlier generations.  Those ones that produced the philosophy behind imperialism, scientists that invented the steam engine, the railway, the aeroplane were not in anyway superior to the Nigerian youth.  The difference is in misplaced priority.  Those errant Nigerians who devised the scheme to lure others into money rituals, with its secrecy and clandestine execution would have successfully picked some mechanical devises lying unutilised in various institutions in the land, perfect them and produce for consumption at various levels.  In various technical colleges, polytechnics, faculties and schools of engineering, sciences, technology within Ondo State and Nigeria are various implements gathering dust since they were submitted as projects.  If the various authorities of these institutions and the Nigerian state are not interested in following them up, those who submitted them should have followed up at various levels of interaction including Alumnus associations.  The position being canvassed in this piece is that the Nigerian youth can start to rule by seeking economic power which is achievable through legitimate business undertaking.  The funds are there only that they should not invest them in dangerous, criminal projects like drug trafficking, transahara travels or money rituals.  Several tools, chemicals and ideas are waiting in several institutions in the land that would transform the economy locally and internationally.

Many predictions of a revolution waiting to happen in Nigeria remain unfulfilled because the power house has remained shut down.  We can imagine organised groups of youths as students, Corps members or job seekers forming ‘cartels’ to open up as colony for an agric project, auto workshop for repairs, servicing of vehicles or any productive activity.  With their education and class they would attract attention and patronage.  It is a question of time before government at all levels would start to recognize them and consult for support.  A revolution of bloodshed and chaos is undesirable, neither is it foreseeable because it is destructive and uncivilised.

An effective and desirable revolution is one that results from takeover of the productive forces through a drastic change in means and methods of manufacture, transmission and distribution.  The economy, we must remember, is the superstructure on which is built the social system, the polity, and the totality of a people.  The reason Third World countries suffer underdevelopment is that they are dependent on foreign powers.  Until they liberate their economies, they would remain noise makers.  In a similar vein, the Nigerian youth, and even the youth in Africa would remain too weak to run, until they become economically capable to function.  When they begin to think right, and take charge in agriculture, industrial, technology and construction sectors, the system would seek them to exercise political authority.  For example, when hundreds of technical college, polytechnic and university graduates of electrical and mechanical engineering pool their skills and other resources together to supply electricity to some of these settlements, not a few would confess that they are not too young to govern!

Instead of remaining job seekers, the youths would create employment and absorb several hands that are available to be given just any assignment including crime for a living.  By being gainfully employed they can think rationally and be conscience of their society.  Because they would want to improve on the quality of their products and services they will become excellent in honor.  This is a sure route to eliminate corruption in the land, and the Nigerian youths are best placed to undertake the assignment.