A woman’s unfailing date with death 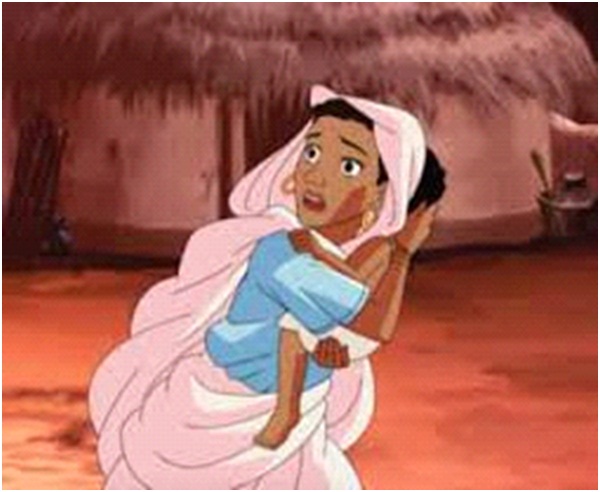 All of us have a date with the “grim reaper”, and that date is one that we will all have to keep when the time comes. A young woman just went on a date with death and residents of our neighbourhood mourned her passing.
It was a very saddening incident. Mummy Bobo as we fondly call her left 5- year-old after the death of her three month old baby as she embarked on the journey of no return.
Family, friends and neighbours all watched her struggle for her life while in the throes of pain. Unfortunately, she succumbed to the ravages of the illness.
She was a hairdresser and most women patronized her shop along with their daughters. She was popular and well liked because she was a talented hair dresser.
She had just left the man she had her son, Bobo for over what she termed neglect and abuse.” She met a rich and generous man who far outshines her husband and she was determined to move on with her new lover.
The family of her first husband along with her family tried all they could to win her back to her husband but she would not budge from her decision that it was over between them.
Later, they realized that she had a new catch. No wonder she was so adamant.
She was looking beautiful and well taken care of. Soon she got pregnant for the new husband. All seemed to be well. Unknown to her, death was already hanging over her head.
Her sickness started simply enough. She did not pay much attention to it as she assumed that it was due to the state of pregnancy.
During pregnancy, it started as infection. She treated it but the infection kept going and coming back.
It was in all these that she gave birth to a beautiful baby girl just like her whom she named Bisola. Mummy Bobo was an exceedingly beautiful woman.
It seemed that her new husband was wealthy as she was decked out in beautiful clothes and jewellery during the christening ceremony. Her friends were envious of her.
However, trouble started after delivery when the blood refused to stop on time. She took drugs and herbs, all to no avail. She was growing pale and her new babe bore the brunt of the state of her health.
She went to hospital for treatment but the situation was not improving. It was not up to two months when the baby died probably from lack of care and nourishment.
Some neighbours who professed to have gone to check on mummy Bobo claimed that her womb was still descended and was pushing out of her vagina.
Of course, we found it hard to believe. What could be responsible for such? Some claimed it must be cancer. After a bit of stint at the hospital, her mother then took her to an herbalist as she claimed that it must be a spiritual attack. She was made to go through so much turmoil and pain as the herbalist also failed to make her well as he boasted.
The poor woman eventually died from the complications of the childbirth. It was rumoured that her vagina got rotten from outside to inside by the time she died.
Some said that she died of cancer while others especially her friends in the neighbourhood claimed that she was used for money ritual by her new husband who stopped coming to see her after her baby died.
Until her death, he refused to respond to any of her calls and he stopped sending money for her upkeep. By then, she stayed with her mother who ran around for help so that her daughter would not die.
Alas! all her efforts were in vain as the daughter bowed to the inevitable when the pain was too much for her to cope with.
She was buried the same day and soon afterwards, the family of her first husband came to pick Bobo. Her poor mother was too weak to fight them and she let him go without a fight.
Although she would have preferred to have him with her so that she would have someone to remember her deceased daughter by but it was not to be as the boy’s father was hell bent on taking his son away.