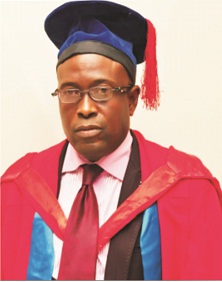 By Bukola Olamona
|
Sequel to the retirement of the former Registrar of Adekunle Ajasin University, Akungba Akoko, Dr Segun Ayeerun, the Governing Council has appointed Mr. Opeoluwa Akinfemiwa as the Acting Registrar, with effect from 13th May, 2019.

According to a release from the school and signed by Head, Information and Protocol Office,  Mr. Dupe Balogun,  Akinfemiwa hails from Ile Oluji in Ondo State and has a B.A. honours degree in History and Archeology from the University of Ibadan as well as a Masters Degree in Public Administration from Lagos State University, Ojo.

Until his appointment, he was the Deputy Registrar (Academic Affairs) in the university.