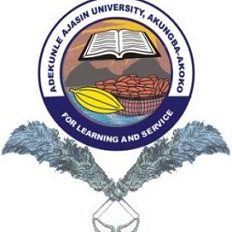 The Adviser for the 100 level students for the 2018/2019 academic session, Mr Adintoyin Adinlewa made  the disclosure.

He berated the indecent way most of the students were dressing, saying it has made other lecturers in the department to come up with an idea of putting an end to the indecent dressing with the introduction of a dress code which will change the orientation of the students in terms of dressing.

He said: “the Acting Head of Department, Dr. John Oyewole, and the lecturers in the department have come up with the conclusion of the dress code that would be put in place beginning from next academic session.

“The department dress code as of next semester which is 2019/2020 academic session is Purple shirt and black trouser or black skirt!,” he said.

He stated that failure to adhere to this would attract punishment adding that students must dress well, and look nice  so as to portray and sustain the good name and fame of the department and the university at large.

In an interview with an 100 level student of the department, Damisi Flourish, said “students  dress the way they did because that is what  they had.

“I do feel inferior being among them with my corporate. Anytime I wore it and am with them, they make jest of me, So I decided not to wear it again, then I started disliking corporate wears since the department did not make it mandatory”, he said .