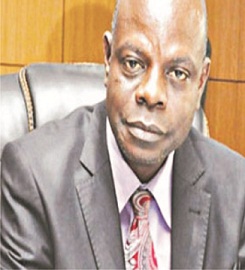 By Tola Gbadamosi
|
The Vice Chancellor of Adekunle  Ajasin University,  Akungba  Akoko,  Prof. Igbekele Ajibefun,  has set up a six-man investigation panel to look into the circumstances surrounding the death of  Daniel Paul,  a 21-year-old undergraduate of the institution.

The Hope Metro gathered that the deceased,  who was  a 200 level student of  Philosophy in the institution was allegedly killed by suspected cultists during initiation process into “Aiye” confraternity.

Police source said three suspects, who were linked to the killing of the deceased, have subsequently been arrested by the police.

According to the Ondo State  Commissioner of Police Mr Undies Adie,  one Kabiru Rasak, a male student  of Achievers  University road Idashen, Owo,  came to the station and reported that his  male cousin,  one Daniel Paul ‘m’, aged 21  a student of Adekunle Ajasin University Akungba Akoko, was murdered by unknown persons.

“On the strength of this information, detectives from the Special Anti-Cultism Squad Akure swung into action and made the arrest.

“Upon interrogation, the suspects confessed to be members of ‘Aiye’ secret cult confraternity. They also stated that on May 4, 2019 at about 4a.m., they took the deceased to the bush at Akungba Akoko town where he was murdered during initiation.

“The suspects mentioned other members of the group who are still at large.”

The police boss added that investigation was still ongoing towards apprehending all others involved in the heinous crime, after which they will be charged to court for prosecution.