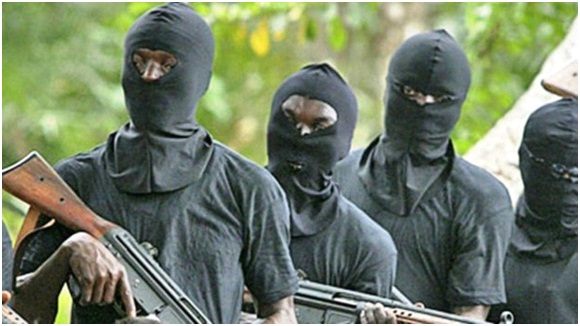 The unknown gunmen who kidnapped a farmer at Iyemero Ekiti in Ikole Local Government area of Ekiti State, Alhaji Jimoh Olodan, have demanded N30 million ransom for the victim to regain his freedom.
Alhaji Olodan was kidnapped at a farmstead named Elegure around 11pm, on Friday.
The abductors numbering 18, were said to have invaded the farmstead, which was three kilometres to Iyemero Ekiti and about 15 minutes drive to the community.
They were said to have shot sporadically into the air to scare the residents, after which they besieged Olodan’s home, dragged him out and whisked him away to an unknown destination.
A source in the town confided in journalists, on Sunday, that the kidnappers contacted the Olodan’s family around 7.38pm on Saturday demanding for the ransom.
He said: “The people who kidnapped Alhaji Olodan had contacted the family asking for money and that has caused serious problem for the victim’s relations.
“They were asking for a sum of N30m, which the family found to be too outrageous and they were not comfortable with such demand.