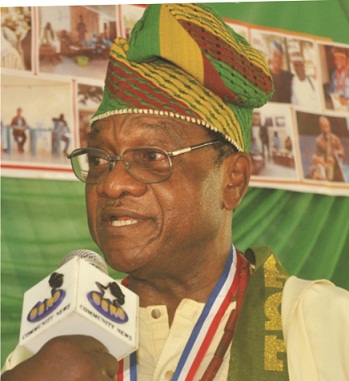 By Josephine Oguntoyinbo & Bukunmi Olubo
|
Members of Aquinas College, Akure Old Students Association (ACAOSA) have elected new national executive members  who will pilot the affairs of the association for the next four years.

The new executives emerged at the 2019 convention of the association held at the Henry Ogirri Multi-purpose Hall of the college at the weekend.

Speaking with Journalists after their inauguration, the newly elected President of the Association, Justice Adesuyi Olateru-Olagbegi pledged that the new executive members will preserve the academic excellence that the college is known for.

He added that the new executive will set up various committees towards moving the college to a greater height.

“We are poised to set up various committees such as Vision and Academic Excellence Committee, Games and Sport Sub-Committee, Fund Raising Committee, General Purpose Committee and Presidential Advisory Committee. All of these committees will work towards  preservation of the enviable values that ACA is known for”,  he stated .

Earlier in his address, the outgoing President of the association, Mr Smart Fadayomi who noted that the outgoing executive members worked for five years and eight months thanked the past executive committee for the good foundation laid.

The President said that the outgoing executive on assumption of office met five branches on ground and have now expanded to nine  with the inclusion of Europe, Port-Harcourt, North America and Abuja.

He listed the landmark achievements of the outgoing executive to include the completion of the multi-purpose Henry Ogirri Hall and supportive modern toilet facilities, renovation and re-equiping of three laboratories and provision of computers and white marker boards among others.

While charging the new executive members to pay attention to the welfare of members, he maintained that renovation of more facilities in the school should be  vigorously pursued.

In separate interviews with The Hope,  cross  section of  ACAOSA members expressed delight for the success of the  2019 convention, saying it was a unique event and great reunion.

Operatives lauded over release of abducted Principal, others