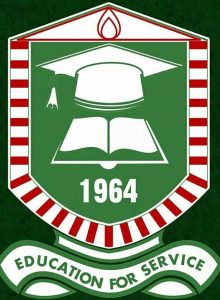 The Acting Provost of Adeyemi College of Education Ondo, Dr Ajigbade Ikuejube, has assured staff and students of the institution that the appointment of a Vice-Chancellor would soon be made by the Federal Government, following the upgrade of the College to a University of Education.

Ikuejube, who was represented by the College Librarian, Mr. Azino Akpokuriere stated this in an interview with journalists.

The Acting Provost said the Management of the institution under his leadership was aware of expectations of staff and students as well as other major stakeholders on the Vice-Chancellor appointment issue, stating that the dream would soon become a reality in no distant time.

While appealing for patience, Ikuejube advised the staff of the college to remain prayerful and refrain from acts capable of causing enmity and disaffection  among all categories of workers in the institution.

His words: “Let us learn how to speak fewer Christians won’t create unusual enmity. We need to live as Christians and not be like the heathens, learn to pray for our leaders and not for them to come down.

”The Management is not ignorant of the University enactment that was made, the Adeyemi Federal University of Education Ondo has come to stay.

“Be rest assured that Management is on the top of it, the immediate past Provost has not rested on the matter, the appointment of a Vice-Chancellor would soon be made” he stated.

We won’t forcefully hand over schools to missions —ODSG

We won't forcefully hand over schools to missions —ODSG