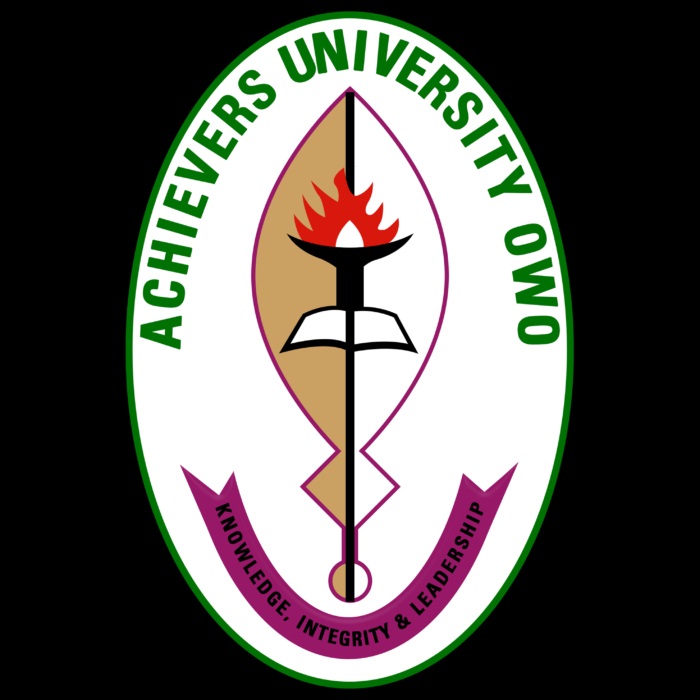 The Vice Chancellor of Achievers University, Owo, Prof. Samuel Olabanji Aje has disclosed that arrangements have reached advanced stage for the university to have a College of Aeronautics and Aviation Technology with an inbuilt 1.5 km runway to be located in Owo.
He also revealed that the Management and Governing Council of the institution were deploying strategy and resources in establishing in no distant future, a College of Medicine with the accompanying Teaching Hospital as well as Research Development Centre.
Prof Aje stated this on Tuesday during a press conference, to herald the 13th anniversary of the institution.
According of him, “It will take up in 2022. The land has already been acquired. We want it to be the best. As at now, there is no university offering that kind of training. It is a lot of investment. Very soon, we will move to that area. We have already been discussing with our partners. South Africa has one but our own will surpass that,” he said.
He assured that the college which would be kick off in 2022, will offer best aviation training which will surpass that of South Africa.
He revealed further that the institution has produced no fewer than 4,000 graduates in various academic fields in its 13 years of existence including 61 students in its School of Post Graduate Studies.
Aje noted that the university opened for academic activities in the 2007/2008 academic session with only two colleges, eight departments and 126 students.
“Achievers University has within this period graduated 4,000 students in various fields. Achievers University School of Postgraduate Studies took off in the 2018/2019 academic session and has recorded 61 candidates, who have successfully completed their post graduate studies,” Aje stated.
He said that the Pro-Chancellor and the Chairman of the Governing Council of the university, Dr Bode Ayorinde, had decided to push the corporate social responsibility of the university to extend access to university education to a section of people, who would not have had access to education by offering tuition free scholarship to all students in 10 highly demanding degree programmes for three consecutive years with effect from 2020/2021 academic session.
He said that the university was among the best , if not the best among the universities presenting students for Nursing and Midwifery professional examinations in Nigeria, adding that law students of the institution had distinguished themselves among students of much older universities.
The Foundation lecture is to be delivered by Prof. Jide Owoeye, the Founder and Pro-Chancellor, Lead City University on Friday.
The Vice Chancellor urged parents and guardians, who desired a serene and peaceful environment of learning for their children and wards to visit the website of the university and subscribe to any of its programmes, saying that the university was investing in human capital.
“It will interest you that during the lockdown occasioned by covid-19 pandemic, Achievers University did not retrench any staff, which is the case with many private universities. In fact, we were paying our staff very regularly.
“As the university climbs the ladder of maturity , we want to assure our parents , government and the society at large that we shall continue to do our best to achieve our goals particularly in becoming the best university in Africa and one of the best in the world,” he stated.