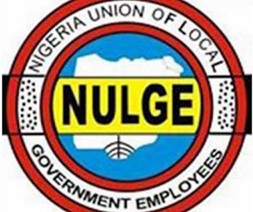 From Fasusi Martins, Okitipupa
|
The Caretaker Chairman, Irele Local Government, Mr. Oluwatobi Akinbiola has reiterated his commitment to the development of the grassroots which will add value to the lives of the entire people of the local government regardless of their party affiliations.

Akinbiola stated this while speaking with The Hope in his office

He promised to complement the efforts of the governor, who he said has performed creditably well in the area of infrastructure, security and workers welfare, which he said has given him the name, “Talk and do governor.”

The council boss said on his appointment, the first thing he did was to organize a security summit among the traditional institutions, security agencies and other relevant stakeholders so as to reduce cases of criminality in the local government to the barest minimum.

According to him, “When I came on board,  the first thing I did was to organize a  security summit where all the traditional rulers,  security agencies and other relevant stakeholders were present.”

“At the end of the summit, we issued a white paper and instructions were given to all the parents on the need to educate their children on the dangers of criminality.  I can tell you that we have recorded success in that respect and we have not relented.”

He disclosed that effort is already in place to build more shopping malls, markets,  toilets and other life transforming projects which include clearing of all the road verges across the major roads in the local government.

He promised to give adequate attention to the youths and women by empowering them with relevant skills which will make them to be productive to the society.

In the area of education, Akinbiola said there is a summer lesson going in two centres within the Local Government, with the aim of keeping the students away from social vices which could jeopardize their future.

He promised to reward the best 10 students with laptop computers, while those with outstanding performance would have their WAEC and NECO registration fees paid for.