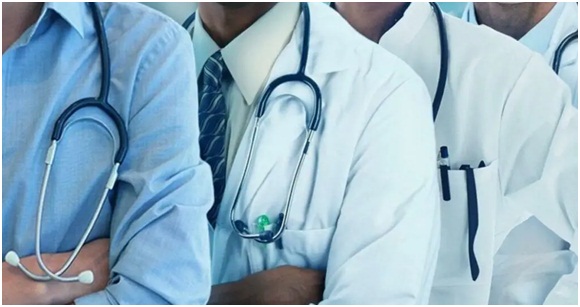 Nigeria is the third-biggest country in West Africa by area and 32nd-largest in the world. With 853 km of coastline adjoining the Gulf of Guinea, it is well connected to international trade routes and acts as an important conduit of goods for the landlocked countries to the north. It has borders with Benin, Cameroon, Chad and Niger.

Nigeria is also blessed with an abundance of resources. The country is most widely known for its vast hydrocarbons wealth. According to research, It was home to 37.1bn barrels of proven oil reserves in 2015. At current production rates, this will give the country another 43 years worth of oil revenues. The country also contained 5.1trn metres of natural gas in 2015, accounting for 2.7 percent of total global reserves.

However, Nigeria possesses much more than simply oil and gas. It is blessed with significant deposits of coal, iron ore, lead, limestone, tin and zinc. Just as importantly, it has rich land and water resources that are ripe for further agricultural exploitation. Indeed, the agricultural industry remains a mainstay of the economy, accounting for 23.9 percent of GDP and upwards of 70 percent of the country’s workforce. Approximately 83.7percent of Nigeria’s land area is agricultural, although only 40 percent is arable. Substantial water resources also assist the agricultural sector. The country has 230bn cu metres of total renewable water resources. This should help expand productivity through irrigation.

Despite the abundant resources the country is blessed with, on daily basis an average Nigerian’s thought centres around leaving the country for greener pastures in foreign countries and due to this, his determination makes him go extra mile to ensure that he migrate to his dreamland.

One of the economic effects of migration is that it leads to brain drain; a situation where a country witnesses a high number of its best hands or professionals leaving the country. The crop of individuals leaving the country are youths who have been trained and graduated from university, some are young or in the middle level of their professional careers. According to the African Union, Revised Policy Framework for Africa and Plan of Action (2018-2027), an estimated 70,000 skilled professionals emigrate from Africa each year. According to reports, Nigeria lost over 9000 medical doctors to the United Kingdom, Canada, and the U.S.A between 2016-2018. With a depleting number of medical doctors, Nigeria annually spends between $1.2 billion and $1.6 billion on medical tourism. The brain drain cuts across many sectors and professions as funds are taken away from the country’s economy to boost that of another country, as the best hands are outside the country. Nairametrics earlier reported that Nigerian companies spent over $55 billion on foreign professionals’ service in 10 years. On the other hand, the country only received $770.48 million for professionals in the country.

In the area of tax, according to reports, 63.73 percent of the Internally Generated Revenue (IGR) in 2021 was from the Personal Income Tax (PIT), this is despite the statement of chairman of the Federal Inland Revenue Service (FIRS), that only a handful of Nigerians pay tax. There are 15 million Nigerians in diaspora according to Abike Dabiri-Erewa, the head of the Nigeria Diaspora Commission (NIDCOM). These statistics mean that Nigeria has lost 15 million people who will potentially pay tax and contribute to its economy.

According to findings, a lot of Nigerians are migrating in order to secure better job opportunities, wealth prospects, safety and security, better conditions of service, low salaries and higher standards of living. The surge in brain drain has led to urban services and social infrastructure under stress, stricter immigration norms, multi-ethnic society and increased tolerance, Xenophobia, close gaps in skills and cultural dilution etc.

According to him, “the only different between this modern slavery and the slave trade of the 18th century is that Nigerians are going into it in droves willingly, out of their own volition. However, it would be unfair to blame those leaving the country. Economic, social and security challenges are driving our best hands and most qualified professionals out of the country.

“Brain drain has left our hospitals deficient of the most experienced, most competent and committed professionals. To worsen the situation, even newly inducted medical practitioners are joining the japa train. The scenario painted above subsists in virtually all other professions. And unless we want to deceive ourselves, brain drain is a national malaise.

“In Ondo State, brain drain effects is visible everywhere. From professionals such as doctors, lawyers, pharmacists, engineers and journalists to civil servants as well as others are jetting out in large numbers. Many are rushing out in search of jobs, job fulfillment and security of lives.”

He called on government to urgently address the situation with migration, contribute to job creation and improve environment to stop people from migrating and encourage its skilled labor abroad to return home to help in national development.

His words; “We need to make the country, state work. People have been denied being part of the government. Governance must devolve to the people.  Infrastructure and working tools must be provided in our hospitals, health centres and government clinics. These are what professionals require to be useful and be fulfilled.

“Also, the government must find a way to boost the economy by making the people productive. All these cannot be accomplished without provision of basic infrastructure such as good roads, electricity and befitting office environment.

” Another knotty issue causing people to head for the exit door of the country is high cost of living and value of naira. The average salary earner cannot afford school fees of government secondary schools. Only millionaires take their children to private tertiary institutions. Compared to foreign currency, the naira is hardly worth more than ordinary paper.

“Unemployment is a major reason for brain drain. Millions have been educated and cannot get work to do. Even, those who are working are frustrated with idleness.

“Furthermore, opportunity for schooling is not available for many qualified youths. Self-inflicted problems of federal character, cut off and catchment area provisions. What these simply is that merit no longer the yardstick for making it into the public universities. Someone scored 250 and is denied admission, while another who garnered 220 gets admitted for same course. Furthermore, the issue of ‘man know man is also contributing to loss of confidence in the system. If your parents have the right connection, you are bound to be admitted before the poor man’s child, who scored higher mark.

Most of the young ones are being made to feel they are second class citizens even in their own country. They are being denied their rights even in their home states by the political class.”

Speaking with The Hope, Commissioner for Health in Ondo State, Dr. Banji Ajaka Awolowo while stating that brain drain can’t be prevented noted that government has put in place measures to give priority to welfare of residents especially health workers who according to him are being enticed with offers from foreign countries.

“Someone who wants to leave the country will do so either for a better pay, change of environment or greener pasture.

“One can only leave the country with his immediate family, the extended family left behind will be treated by some people in the hospital and that is why the medical personnel should consider this.

“We are trying to mitigate the effects in the state. It is not only applicable to Ondo State, UCH lost over 600 personnel in a year. We will recruit more people into the workforce to replace those who have left the system and we will make available incentives them.”

He explained that most countries are yet to recover from the challenge which the COVID-19 pandemic which according to him has put pressure on the economy.

A farmer, Mrs Omotayo Tapere while speaking noted that there is a global recession noting that changing location will never change the situation.

According to her, migrating to other countries means enriching those national at the detriment of Nigeria’s internal development.

She said: “At the moment, every country is facing recession and when you relocate, you pay for accommodation, immigration charges etc. The bargaining power has reduced. For instance, someone living in a duplex in Nigeria cannot afford a room apartment in the United Kingdom because utility bills will swallow up his earnings. The only difference is that you work harder to earn meagre for the sustenance of day to day living.

“A Pastor friend in England a few days ago while speaking on phone said that most Nigerians who entered not quite long are fast becoming liabilities to his church thus forcing the church to engage in aggressive welfarism as most of them can no longer afford their rent.

“The risk level is the same so also insecurity just that their response is prompt. I believe that there is an undertone as the same set of people that colonised Nigerians are the ones asking us to come over. Most of the time, they don’t provide them with managerial work but menial skill jobs. They would rather give you an option to further your education to enrich their countries after which one becomes a legitimate slave.”

She noted that the desperation to leave the country has led to the rise of fake and fraudulent travel agents and agencies, swindling unsuspecting Nigerians of their hard-earned money.

She called on government to subsidize food for citizens adding that farmers should be provided with cheap means of transportation of farm produce to the markets.

Describing laziness as the major problem among citizens, she also called on youths to embrace Agriculture saying “we have a green vegetation and if we can turn it to wealth, we will live better.”