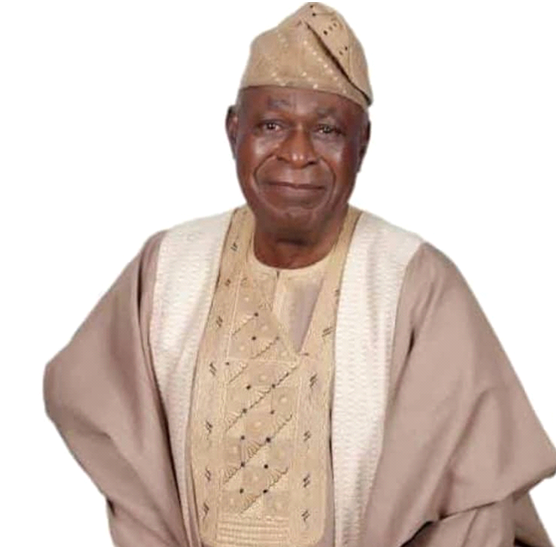 The remains of the Akure born politician and All Progressive Party  (APC) chieftain late Prince Oluwole Adegboro were on Friday  buried in Akure amid eulogies.

Adegboro was buried after a funeral service which was held at the St. Thomas Church, Isinkan Akure with many dignitaries in attendance

Delivering a sermon at the funeral service, the Bishop of the Akure  Diocese and the Archbishop of  Ondo Ecclesiastical Provinces, Rt Most Revd Simeon Borokini charged Christian to always be prepared for immortality and judgment as they run their christian race

Borokini urged believers to be heavenly conscious  of judgment and  to do good as God believes that human beings would surely reap what they sow.

The cleric said  that during judgment, those who do good shall be rewarded and the evil shall be punished.

The cleric described  Late Adegboro as a straight politician that would not be forgotten in Akure as his death as a loss to the community, Ondo State and Nigeria

In his remarks, Governor of Ondo State, Arakunrin  Oluwarotimi Akeredolu described the late politician as a man of many parts, whose political trajectory exemplified consistency and discipline.

Akeredolu said  the Late prince of Akure kingdom  was one of the leader of the All Progressive Party (APC) members that have been so consistent  and constant  in his progressive pursuit.

“Prince Adegboro was a committed progressive.  His role in the enthronement of the democracy  we are nurturing today  cannot be wished away.”

The Governor who was represented by the Deputy Governor, Lucky Aiyedatiwa commiserated with  the entire Adegboro’s family, the APC , friends and acquaintance as he said the state has lost one of its elder statesman.

Commissioner for Justice and Attorney General of the state, Charles Titiloye, who attended the service, in an interview described  Adegboro as a great man in all ramifications who did well in politics and public life.

One of the deceased children, Charles Adegboro expressed on behalf of the family his gratitude to him he said Baba has provided them with the right guidance and tools to survive and navigate this ever  challenging world.